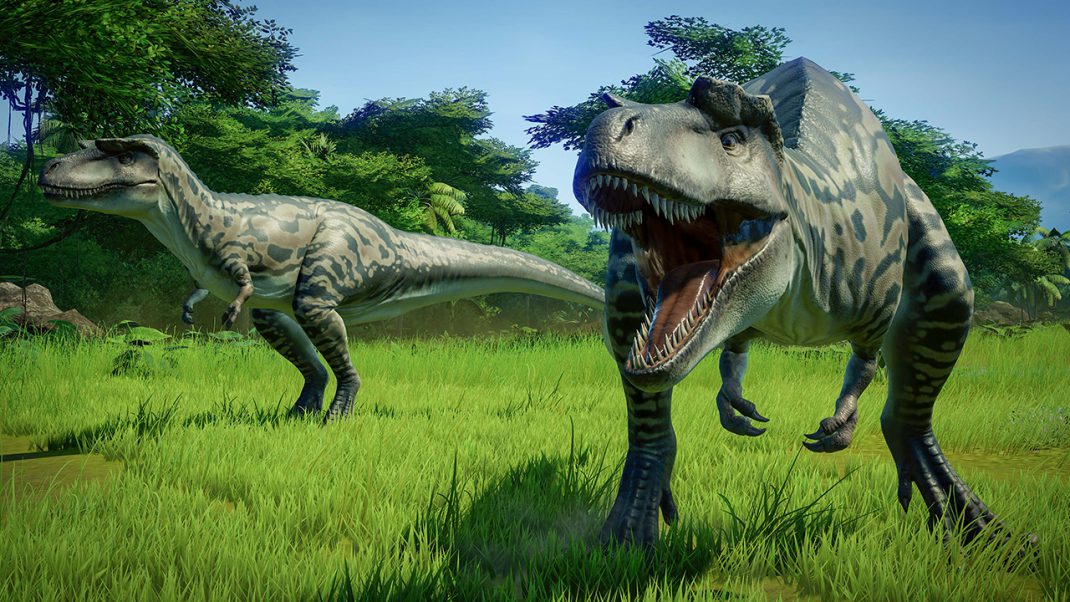 Build the ultimate dinosaur park on the go with Jurassic World Evolution: Complete Edition, out now on Nintendo Switch™ on the EU eShop and from 7pm PST on the US eShop. Developed and published by Frontier Developments plc (AIM: FDEV), in collaboration with Universal Games and Digital Platforms, this iconic park management game combines all the wonder and majesty of the successful 2018 original title with a wealth of additional content, to bring the ultimate Jurassic World experience to Nintendo’s hybrid handheld console.

The inclusion of these key characters, voiced by the talented actors who brought them to life on-screen, brings next-level authenticity to Jurassic World Evolution: Complete Edition. Sam Neill, Laura Dern, Jeff Goldblum, BD Wong, and Bryce Dallas Howard all reprise their famous roles from the blockbuster Universal Pictures and Amblin Entertainment films, narrating events with signature magic and flair and allowing players to truly immerse themselves as they follow in their footsteps and help life find a way.

In addition, there’s the challenge mode, which introduces an adjustable difficulty for an enticing test of skill; the customisable sandbox mode, offering fans the opportunity to tailor their experience as they build and manage majestic dinosaur-studded vistas without financial constraint; and, of course, four Dinosaur Packs and the Raptor Squad Skin Collection, adding even more variety and marvel to the star attractions.

All of this, as well as the stunning visuals and optimised performance expected from a studio with Frontier’s pedigree, is available to play right now on Nintendo Switch in Jurassic World Evolution: Complete Edition for $59.99, available exclusively on the Nintendo eShop.