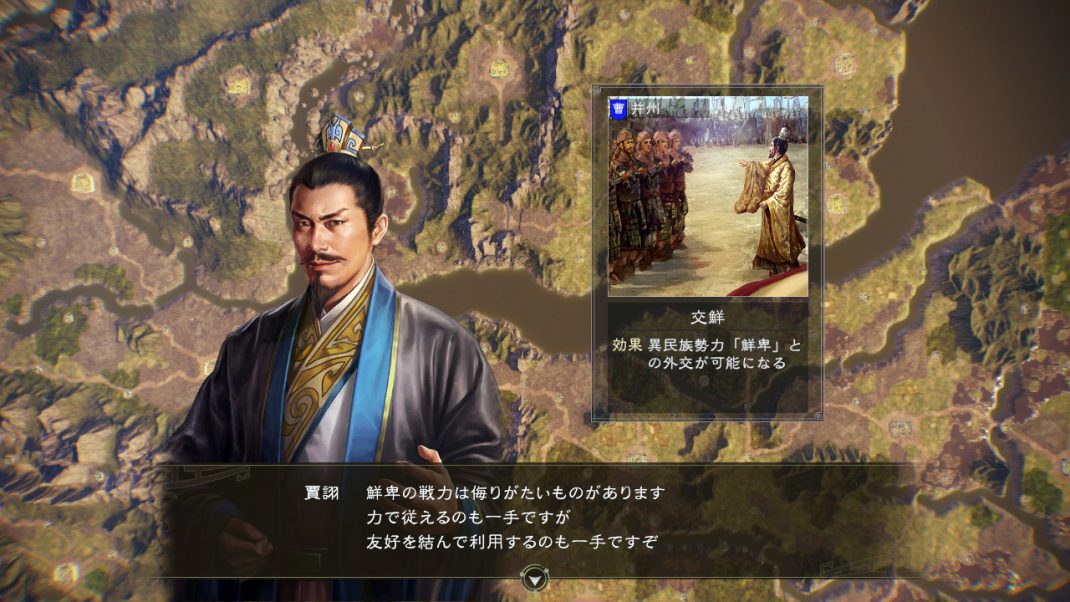 KOEI TECMO America and famed developer Kou Shibusawa are excited to reveal the release date for their upcoming historical strategy game, Romance of the Three Kingdoms XIV: Diplomacy and Strategy Expansion Pack. The expansion pack will release digitally on February 11, 2021 for the PlayStation®4 Computer Entertainment System and Windows PC via Steam®, while also making its series debut as the first ruler-based Romance of The Three Kingdoms game on Nintendo Switch™.

In Romance of The Three Kingdoms XIV: Diplomacy and Strategy Expansion Pack, players are able to acquire geographical advantages once they have conquered a certain amount of cities within a province, with each province boasting its own unique advantages to help, turn the tides in battle. For example: conquering the Qing Province grants the High Reputation ability — expanding the auto conquer range — while conquering Southern Jing Province enhances the probability of recruiting free officers or captives with the Rhetorician advantage.

Once certain geographical advantages are unlocked, players can open-up trade routes with Eurasian countries – a series first! The four great empires that existed during the same era, Daqin (Rome), Anxi (Parthia), Guishuang (Kushan) and Tianzhu (India) can now become trade partners, and through developing strong relations with each empire, players will earn techniques or books, teaching special tactics. The Parthian Shot Tome, for example, enables commanders to learn the Parthian Shot ability for their units, while Mansumriti increases politics and prolongs the life of ally units. Some of these abilities are extremely powerful, so players must carefully consider their relations with Eurasian empires, while at the same time preventing enemy forces from commencing trade.

In addition, new officer characteristics focusing on trade have been added to the Diplomacy and Strategy Expansion Pack. March Leader decreases the number of days required for trade, while Special Envoy makes it easier to increase relation levels. These new characteristics help players smooth-out relationships with their trading partners.