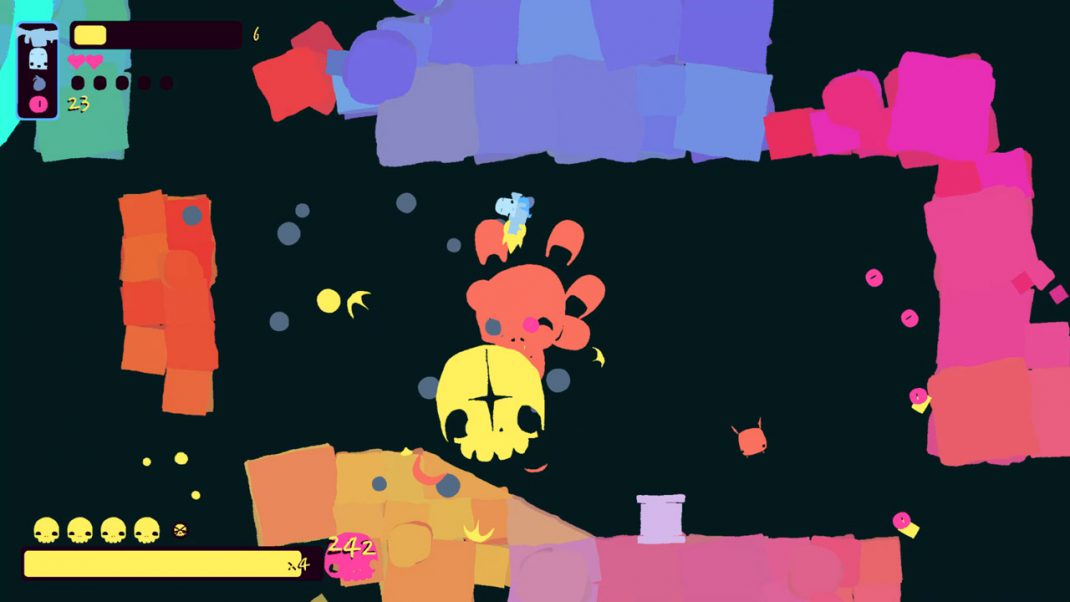 GONNER2 sees the return of our unexpected hero Ikk, and this time around he’s setting off on a wacky action ride to help Death herself. Death’s lair has been taken over by a mysterious presence, and Ikk needs to help her get rid of it. Players will journey through colorful, chaotic worlds in this balletic and ballistic action platformer, pulling off flying, jumping and bouncing stunts while trying to figure out just what the heck is going on. You can now also team up with friends in the new local co-op mode for up to four players.

With its procedurally generated worlds and non-linear level structure, every session of GONNER2 delivers a unique experience. And there are unique ways PC players can choose from to grab the game, too:

More information on GONNER2’s release on PlayStation®4 and Xbox Game Pass for PC will be available in the future. For more on Art in Heart and GONNER2, check out the game’s official website: www.GonnerGame.com.