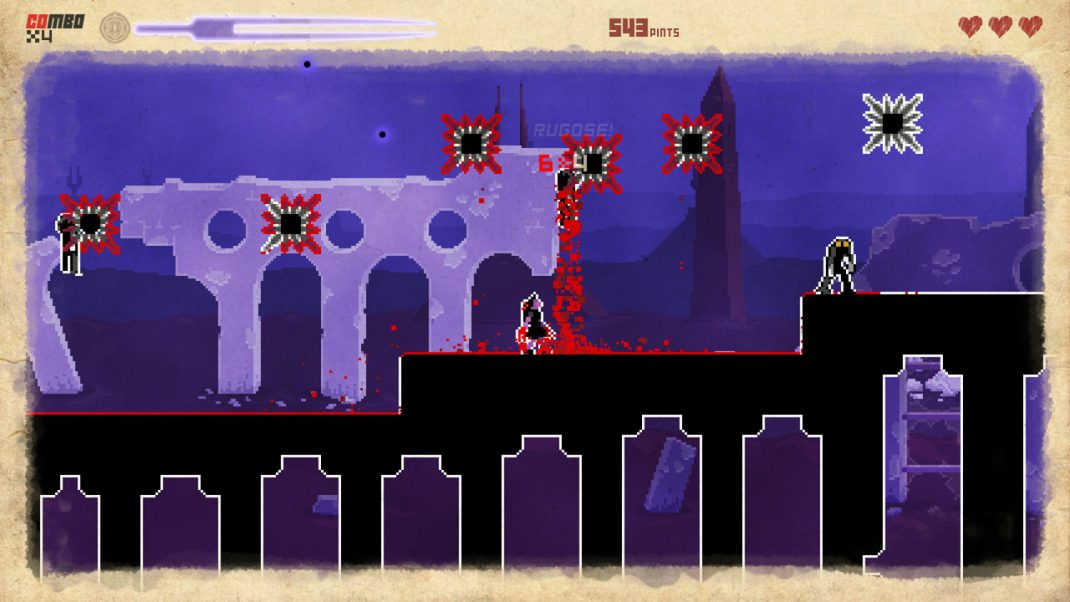 Sharpen your claws! Indie cult classic They Bleed Pixels will be released in the Nintendo eShop Oct 22nd for $14.99 USD. Pre-orders start today (Oct 15) with a 20% launch discount running through Halloween (Oct 31). This is the first time They Bleed Pixels’ special blend of gothic-cute pixel art, punishing platforming and bloody one-button combat will be available on a console!

“With They Bleed Pixels we wanted to make a platforming game where the combat and platforming had equal weight, and a big part of that is the game’s unique checkpoint system” says game designer Miguel Sternberg, “In They Bleed Pixels checkpoints are like a power up, and you’ll have to pull off fancy kills to earn them quickly. The game’s large levels really give each checkpoint weight, driving the player towards mixing it up. Kicking enemies into the air, saws, spikes, juggles, whatever it takes to fill that checkpoint meter faster!”

As an anonymous student of the Lafcadio Academy for Troubled Young Ladies, you must battle through your nightmares to defeat a curse that’s slowly transforming your body into a clawed demonic form. Originally released for PC in 2012, They Bleed Pixels balances a perfect mix of fast-paced acrobatic platforming and fierce, one-button, slash’em up combat. By suppressing their urge to button mash in favour of focusing on stylish and smart kills, players are rewarded with a checkpoint they can choose when to place for safety… or try their luck by holding onto it for extra bonus points.

You can pre-order They Bleed Pixels right now in the Nintendo eShop and get a 20% discount till Halloween!