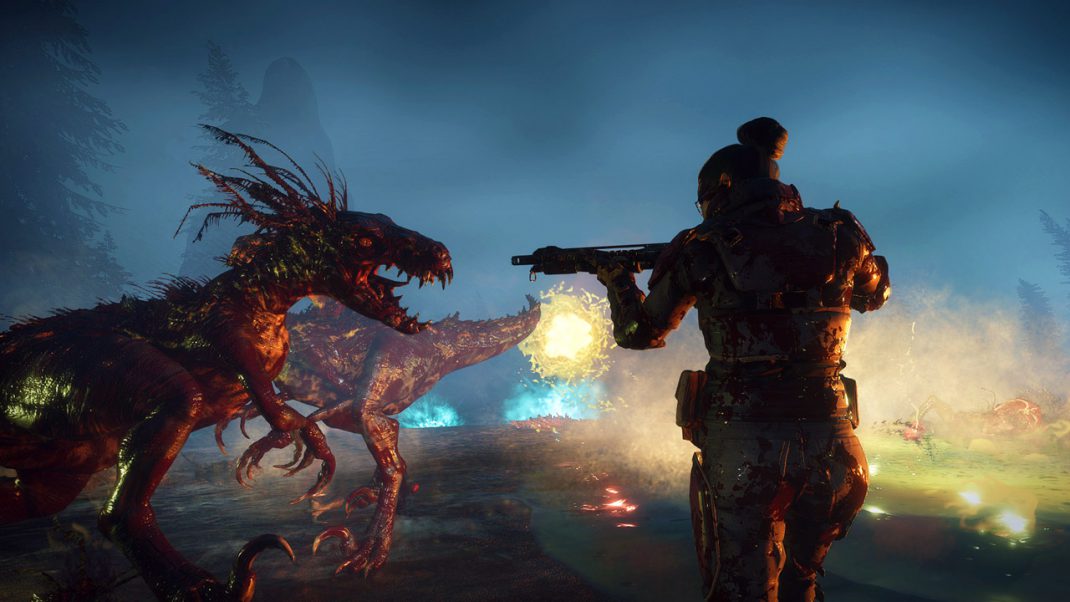 Systemic Reaction, a creative division of Avalanche Studios Group, has launched the online co-op shooter Second Extinction on PC via Steam Early Access for $24.99. Dinosaurs are back, they’ve taken over the Earth, and it’s up to you to send them back to the history books. Gear up with a wide range of powerful weapons and fight alone or with friends against monstrous predators long thought extinct — now mutated and deadlier than ever!

Second Extinction pits teams of up to three players against hordes of bloodthirsty dinos in fast-paced and intense battles across Earth’s sprawling wastelands. Starting today, players have access to four heroes, 10 weapons with five upgrade tiers each, and six missions plus special side quests spread over seven regions. As early access continues, players will get free updates featuring new weapons, difficulty settings, dinosaur mutations, War Effort emergence events and more. You can keep track of new content and features coming in the future with the game’s developer roadmap.

The War Effort is Second Extinction’s community-driven global metagame and reflects changes in the ongoing fight against the dinos. By completing missions and activities, you’ll directly influence the threat level and challenge you’ll encounter in different areas around the map. Win the battle with your squad — win the war with players all over the world!

Second Extinction is also in development for Xbox Series X and Xbox One. For more information, visit www.SecondExtinctionGame.com, and follow @2nd_Extinction on Twitter.