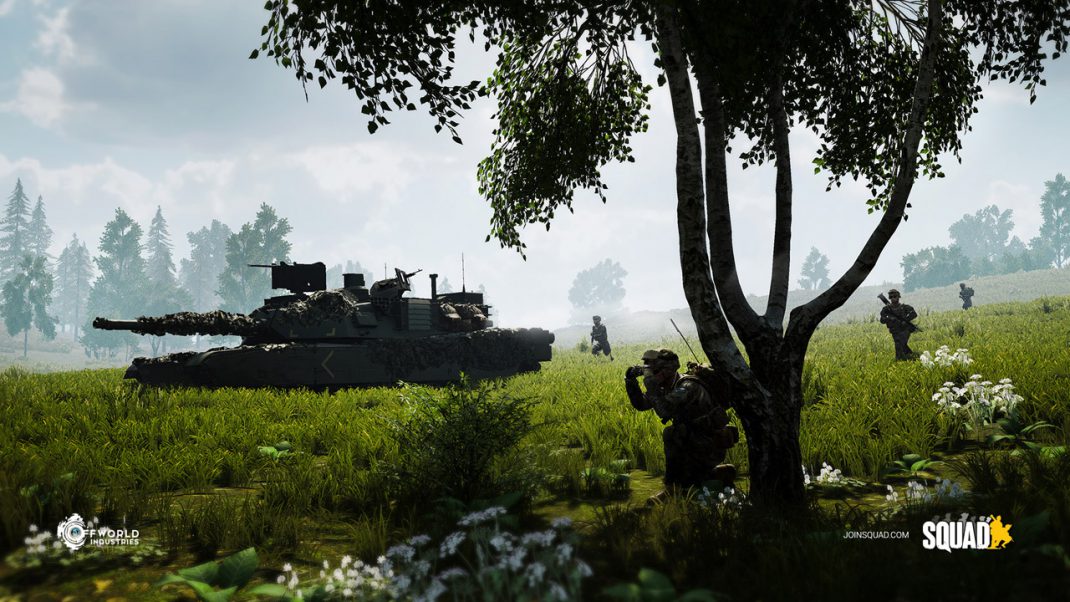 With Squad, Offworld Industries aims to elevate the large-scale tactical shooter genre to a whole new level of detail and authenticity with up to 100 players in each engagement. As a spiritual successor to the award-winning Project Reality mod for Battlefield 2, Squad is all about the rapid-fire communication & decision making with teamwork focused maneuvers that define the real-life military experience. Players will experience an unprecedented level of immersion and a true-to-life representation of a high-pressure combat zone that requires dedicated and coordinated teamwork where everyone has a critical role to play.

“Our goal for Squad was to take our 10 years of experience, testing and experimenting with the Project Reality formula and continue to evolve it and bring it to a new generation of players, creators and modders to discover a style of teamwork and voip based gameplay unlike any other in gaming.” stated Will ‘Merlin’ Stahl, CEO of Offworld Industries.

Squad’s large-scale realistic environments have been designed and based on real-world locations in the Middle East, Asia, and Eastern Europe. As players work their way across the maps, they will be able to build and fortify their own bases, establish key leadership roles and maintain logistics supplies. Players can also make use of a vast range of land and air vehicles including armored cars, tanks, personnel carriers, and helicopters to dominate the battlefield.

Launching with the 1.0 update, Squad 1.0 will feature a brand-new map set in the city of Fallujah and a new Middle-Eastern Alliance faction. The game also launches with mod support, paying tribute to Offworld’s legacy as a development studio and publisher first conceived by a group of modders.