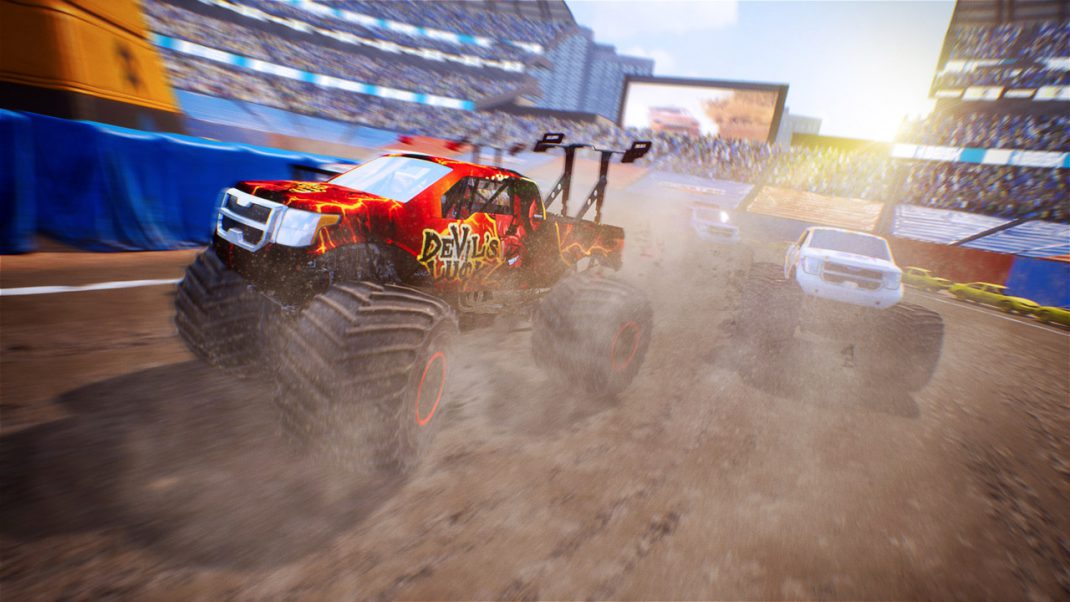 NACON and TEYON are pleased to reveal the deluxe edition and preorder bonus for Monster Truck Championship. The first monster truck simulation will be available on October 15, 2020 for PlayStation®4, Xbox One and Steam, and on November 19 for Nintendo Switch™.

Any player who preorders the game will receive the Patriot Pack, which includes the Sergeant Chaos livery and the Patriot truck model.

In Monster Truck Championship, you take the wheel of one of 16 vehicles and enter five types of event. In these championships, you will compete in 25 stadiums and circuits in various cities across the United States. Taking a realistic approach to driving rather than an arcade-game style, Monster Truck Championship gives players the chance to take part in frenzied races and pull off believable aerial and ground moves by learning the unique physics of these vehicles.

Monster Truck Championship will be available October 15, 2020 on PlayStation®4, Xbox One and Steam, and on November 19 for the Nintendo Switch.