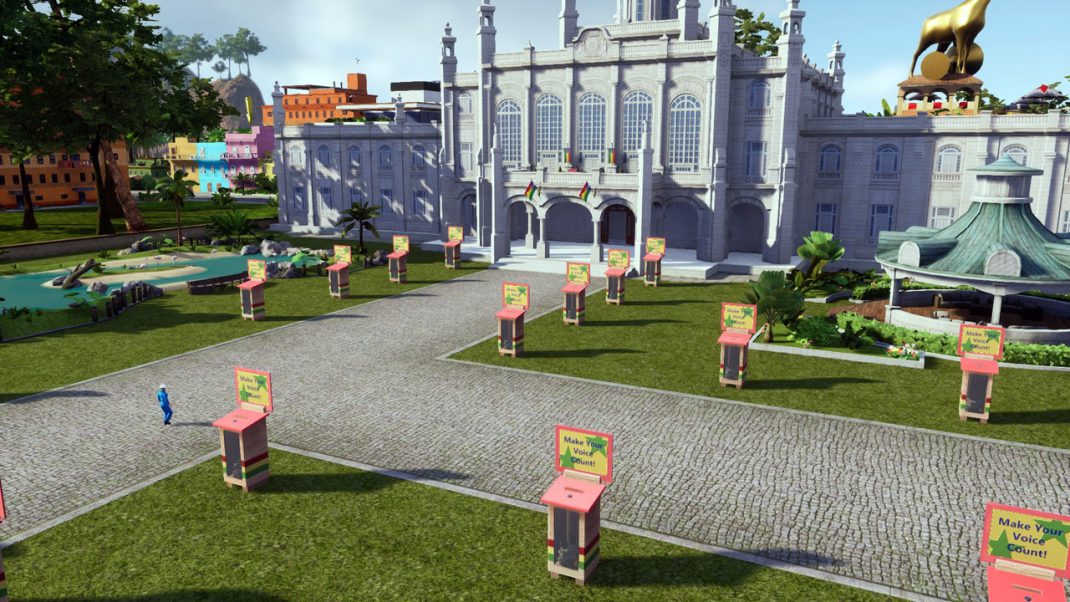 Kalypso Media has today released the politically-charged ‘Lobbyistico’ DLC for Tropico 6 on PlayStation®4 and Xbox One.

The Lobbyistico DLC brings the European Union and big league politics to the fair isles of Tropico, introducing a range of new features to the game like the new ‘Corruption’ gameplay mechanic, three new buildings, personality traits for your Presidente, new music tracks and extra customization options for your avatar and palace residence. A new trailer for the DLC is available below.

Tropico 6’s Lobbyistico DLC is available now on PS4 and Xbox One, and for PC via the Kalypso Store and Steam.