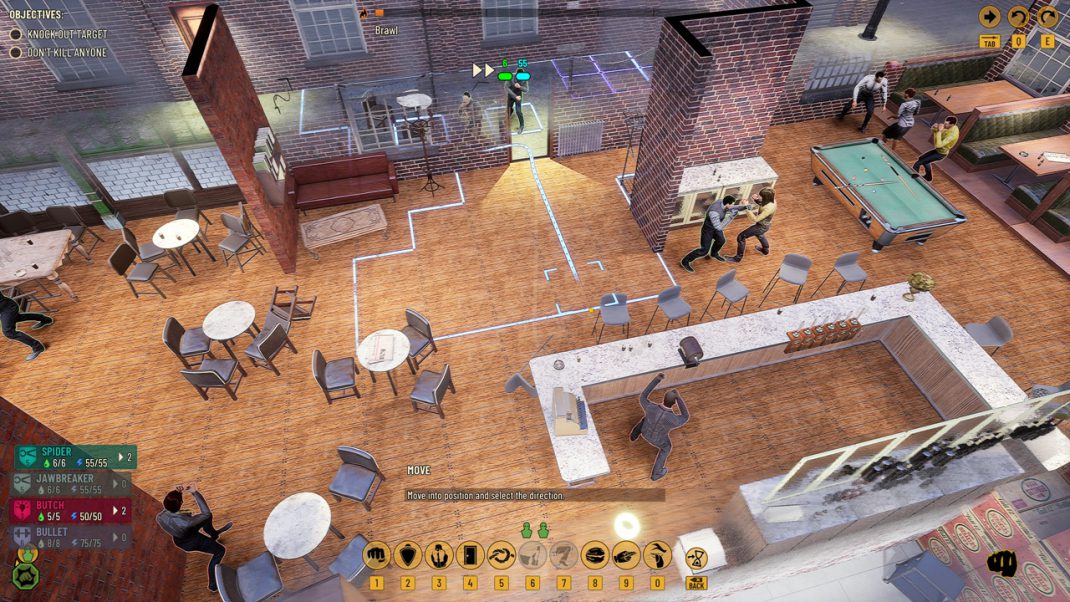 The time has finally come – Company of Crime releases tomorrow August 8th at 8am CEST (August 7th at 11pm PT) on Steam, GOG and other digital platforms. Get ready to become the mastermind of a crime organization and make your way to the top of London’s underworld, or join the Scotland Yard’s famed Flying Squad and crack down on crime in this turn-based strategy title. Company of Crime is priced for 29,99 USD / 29,99 EUR / 24,99 GBP with a 10% launch discount during the first week.

London, 1960s – the city is fighting a crime wave like the country has never seen before. Organized crime is on the rise and that is your opportunity! Become a leader of a crime syndicate or become an Inspector of Scotland Yard’s famous Flying Squad in this turn-based strategy game with heavy focus on tactical melee combat. Build your crew, take over rival’s businesses and rule the city!

Company of Crime is a hybrid of an empire builder and a tactical strategy game that features a turn-based combat system. You can either play as the Criminals or as the Police, where in each case you will have to build a team that consists of gang members possessing the different skills required to pull off criminal tasks, or detectives that have mastered the art of investigation.