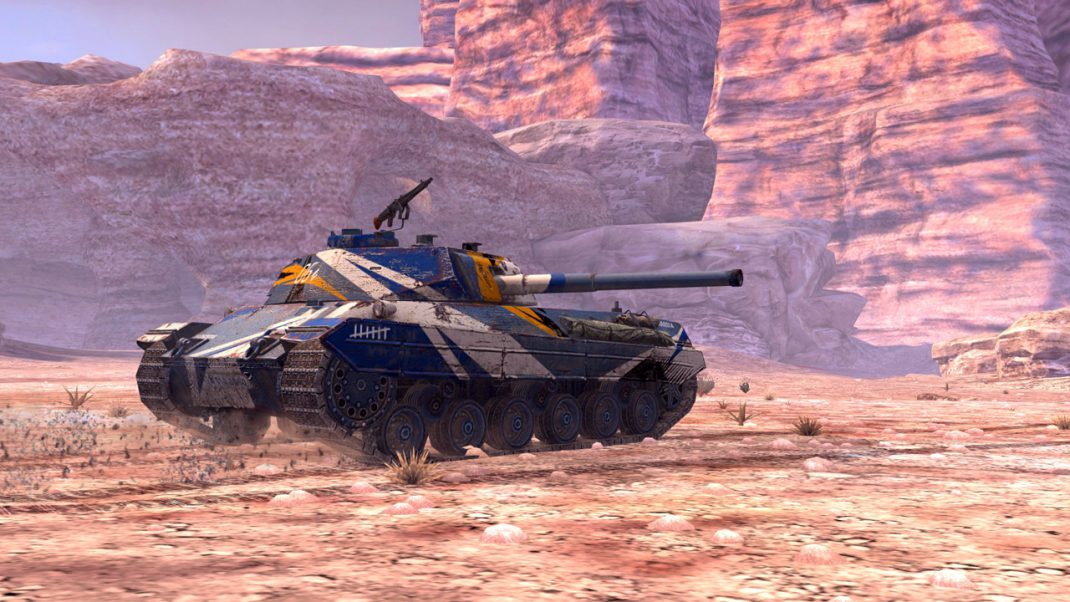 June 17, 2020 — Grab your party hats as World of Tanks Blitz has just turned 6 years old! To commemorate this milestone, update 7.0 releases today, which features graphical improvements, new high-tier British light tanks and in-game festivities. And the party will continue well into July when a brand-new game mode, Skirmish, will make its debut for a limited time only.

The big birthday bash kicks off with a special event where tankers will be tasked with hunting down a unique Tier VI tank, the P.43/06 Anniversario. Those who complete the event will be rewarded with a unique birthday player profile. The event runs from June 19th to June 29th. And there is even more to come as players can expect a series of festive goodies to celebrate their own anniversaries in World of Tanks Blitz!

The guest of honor for the festivities will be the arrival of a brand-new, time-limited game mode, Skirmish. Scheduled for release on July 9th, two teams of 5 will battle it out on smaller maps which are perfect for intense and dynamic confrontations. Players will need nerves of steel to be crowned victorious in this mode.

An ever-expanding game and hallmark of mobile combat games, World of Tanks Blitz is always striving for the best level of immersion possible. To achieve this, new graphical improvements are being introduced, such as gun recoil, dynamic shadows, vehicles leaving traces on the ground, different damage marks for each shell type and upgraded particle and waterline effects.

“With 137m downloads and over 27,000 different devices to support, it’s imperative that everyone can still enjoy the game after we make significant updates,” states Andrey Ryabovol, World of Tanks Blitz Product Director. “So, we added a graphical customization menu. This way players are free to choose what is turned on or off, and it gives them a greater control over their Blitz experience. We hope all our players enjoy the birthday celebrations and good luck on the battlefield!”

Also, as part of Update 7.0, three new high-tier British tanks will be rolling on to the battlefield:

The first top-tier light tanks to represent Her Majesty, these British beasts are researchable from the Tier VII medium, the Comet. These nimble scouts are swift with strong armor when compared to other light tanks in the game.

For more information about Update 7.0 and its features, visit wotblitz.com.