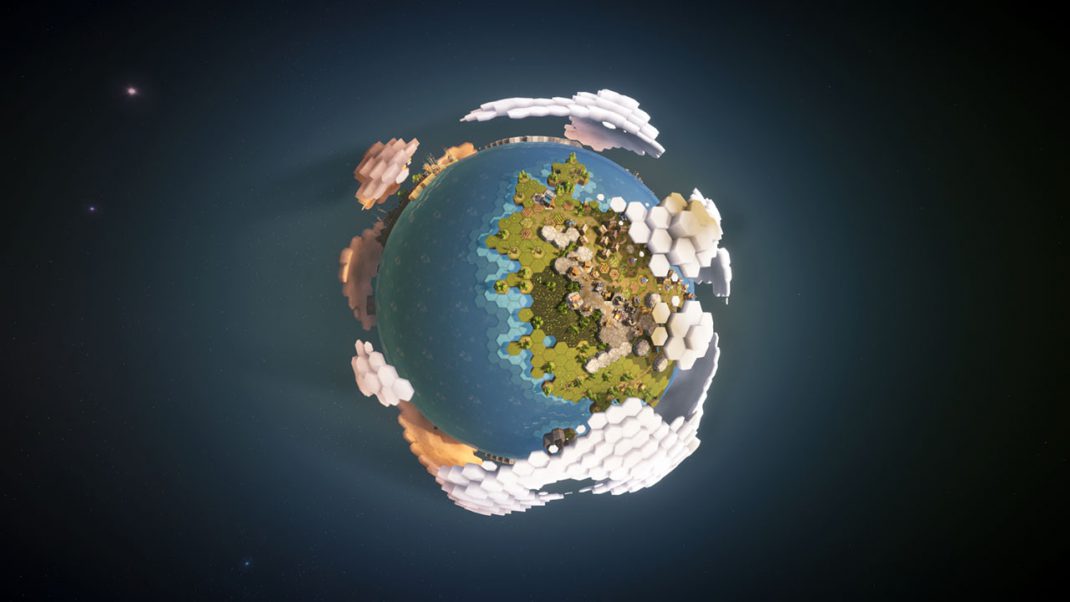 Before We Leave is “a non-violent city building game set in your own cozy corner of the universe”. It sounds pretty chill but then how often do you have a hexagonal real-time city builder that didn’t have zombies at the wall or players getting ready to raid you? There aren’t a lot of non-violent city builders out there right now and the ones that are out their have some kind of tension created in aspects of the game like a amusement park simulator needing to have enough trash cans and toilets set up near the fried Twinkies booth or you start getting bad reviews.

The music is mellow, the graphics are shiny with hexagonal clouds and the land on a 3D globe turns this way and that. The folks come up from an underground bunker and start with a well and a will to build on the wasteland the world became. Everything is pretty rudimentary at first, a lot of knowledge was lost while they were underground so first they settle in a bit then you start to learn new things about your world and ways to improve it. Vegetable gardens and potato farms help feed the people and the more the people explore and learn the nicer the items you can build. Like any city building sim the deeper you go into the menus usually the better your experience but this game is also nice if you want to teach a kid how to play by having them follow the instructions and getting a feel for city sims without diving in deep or more importantly stressing getting certain things made by certain times or your whole city might get wiped off the globe. The graphics are very kid friendly too with all their bright colors and the buildings are nice and a little cartoonish without getting silly.

Just like with other city sims you improve technology which helps the town be strong but also helps it to expand. At first the expanding is hexagons opening as they are uncovered but then when it starts to get a little crowded and a decent amount of knowledge has been unlocked then our expansion becomes throughout the solar system. The big dream: a multi-planet settlement. The big nightmare: the mostly non-violent space whales think you did a great job with your planets, heck the whales think they look tasty! Oops! When trying to improve the world you are living in you will also find that when you start to work with the technologies of the old world that ancestral guardians come forth to challenge your worthiness! Just a heads up. Also you got to keep an eye out for such things as pollution, don’t want to make your people unhappy.

Times are stressful right now and usually non-stressful games are either shallow or very all age feeling. Before We Leave doesn’t feel pointless or stupid, it isn’t pandering, it is engaging and smart. There is no rule that you can’t build and chill. Even though there isn’t some fear of zerging you have things you need to do to keep things moving, you want to expand and build because the sky isn’t the limit and who knows what new things you might learn on another planet… maybe you’ll pay a little more attention to your city layout so you don’t have a potato farm planted in the middle of the town square. Rookie mistake! 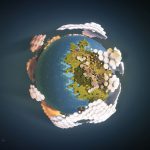