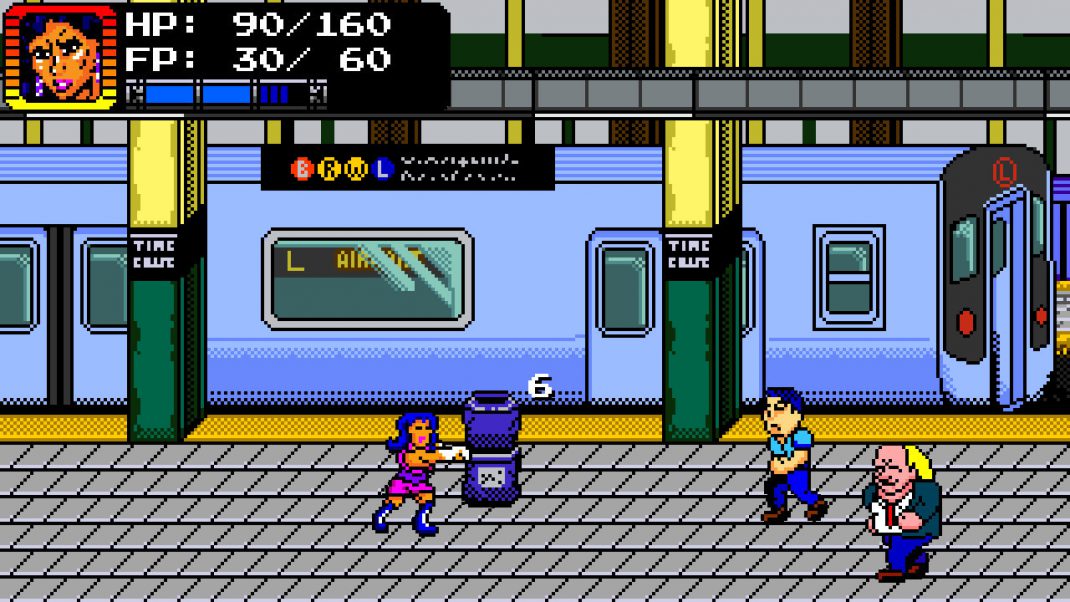 March 31, 2020 — Nuchallenger announces that the first episode of its highly-anticipated tactical street brawler Treachery in Beatdown City is now available for purchase on the Nintendo Switch and on Steam for the PC. Featuring music from Chiptunes legend Inverse Phase and a innovative tactical battle system that allows players to strategically create and execute customized combos, players will battle it out over five dense urban maps spanning the diverse sites and off-beat people of East Fulton in their quest to rescue kidnapped President Blake Orama. Also for a limited-time, Treachery in Beatdown City will be available for $14.99 before returning to its regular sales price of $19.99.

When US President Blake Orama is kidnapped by Ninja Dragon Terrorists, it’s up to three street warriors, police cadet Lisa Santiago, retired pro-wrestler Brad Steele and martial arts master Bruce Maxwell to take to the streets to battle through the ridiculous chaos (and annoying urbanites) of East Fulton to ultimately save the day. Each warrior has their own unique fighting style which players will further customize with an all new battle system combining the best parts of beat ‘em ups, fighting games, turn based tactics and RPGS!

Learn about your heroes and enemies through comedic cutscenes filled with political satire, microaggressions (made famous in Get Out), and Ren and Stimpy inspired cutscene art