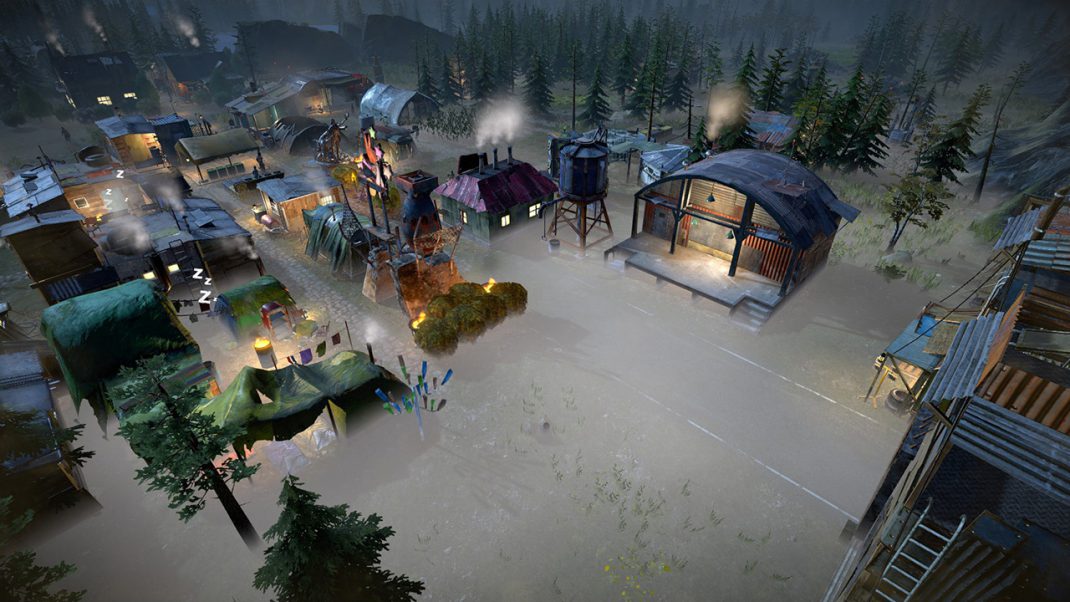 February 6, 2020 – Paradox Interactive and Iceflake Studios have launched Update 4: Great Minds, the next major content update to their post-apocalyptic colony builder, Surviving the Aftermath. The Great Minds update introduces Leaders of societies on the World Map, a rebuilt tech tree, upgraded visuals to the colony, and much more.

Check out this video showcasing the new features in Update 4: Great Minds:

Society Improvements: Societies on the World Map now have Leaders that players will meet when interacting with other colonies. Currently, there are 10 different leaders, each with their own unique personalities and backgrounds. These leaders will become more important in the future as gameplay features are expanded to include diplomacy, improved trading, and more.

Rebuilt Tech Tree: The tech tree has been rebuilt from scratch and now features five main research lines, with alternative routes and optional sub-branches. Research on the tech tree takes time to complete in addition to Tech Points. Tech tree unlocks go beyond reaching new buildings and will include upgrades to existing structures. There are 78 Techs in total, but this will increase in future updates.

In addition to these features, this update incorporates a variety of enhancements requested by the community. To learn more about Update 4: Great Minds, you can check out the full patch notes here and the dev diary here.

Since Surviving the Aftermath launched in Early Access last October, Iceflake Studios and Paradox Interactive have been hard at work adding updates and enhancing the game. There has been an update every month since the game’s release, each expanding gameplay variety and incorporating player feedback.