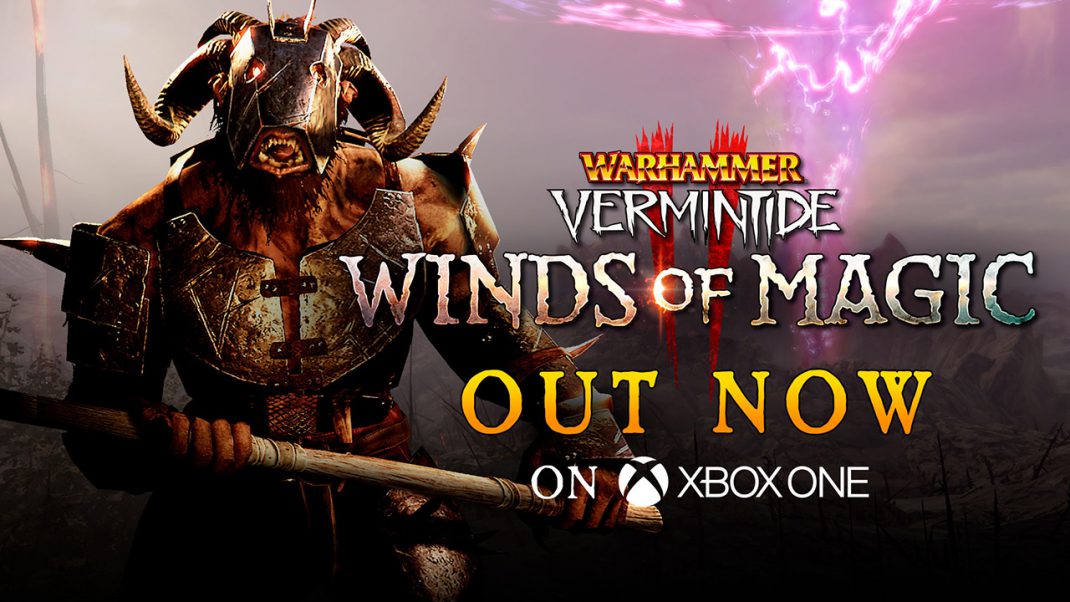 Warhammer: Vermintide 2 – Winds of Magic Out on Xbox One

STOCKHOLM, SWEDEN, December 19, 2019. Today Fatshark announced that the Warhammer: Vermintide 2 expansion, Winds of Magic, is available to Xbox One.

“We are happy to bring the Winds of Magic expansion to our Xbox One players, and have them join the fight against the Beastmen.” says Martin Wahlund, CEO Fatshark.

Winds of Magic Xbox One
https://www.microsoft.com/store/productid/9pj0jjw2gq9v

Not playing Warhammer Vermintide 2 on PC? Pick it up now.
https://store.steampowered.com/app/552500/Warhammer_Vermintide_2/