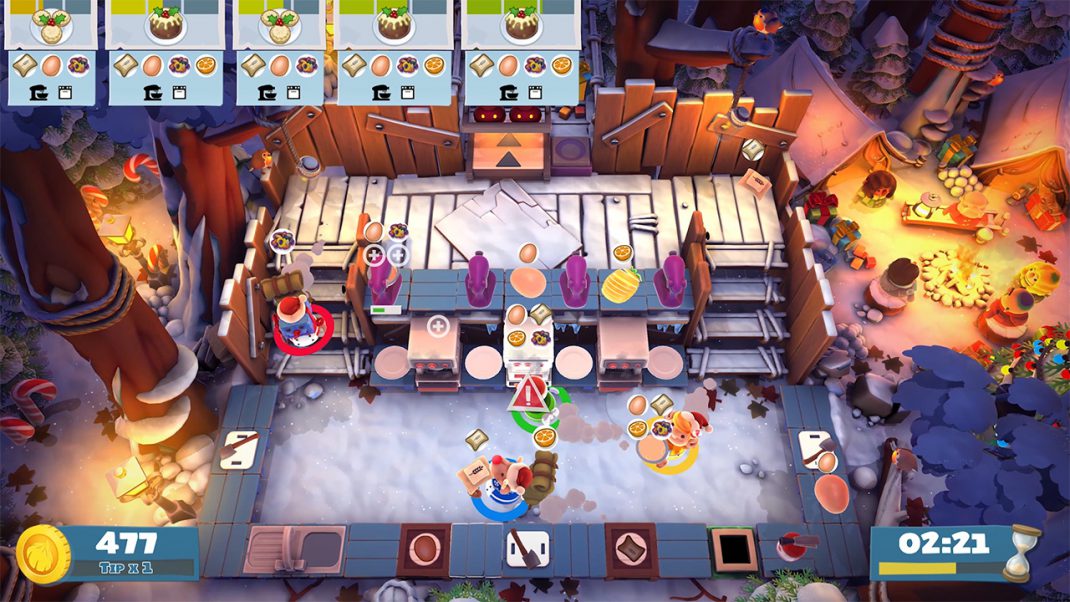 Tuesday, 17th December 2019 – Team17 and Ghost Town Games are delighted to announce the holiday season has come early to Overcooked! 2, with today’s launch of the free Winter Wonderland update. Available now on all platforms, Winter Wonderland celebrates the game’s 2019 downloadable content packs, with levels from Campfire Cook Off, Night of the Hangry Horde, and Carnival of Chaos. Make your days merry and bright with seasonal recipes, new chefs, and new enemies for Horde mode!

The launch of Winter Wonderland follows Overcooked! 2’s recent win at the 25th Anniversary PlayStation Awards. The game was recognised in the ‘Indies & Developer Award’ category as one of five titles that over the past 12 months has contributed to the expansion of PlayStation.