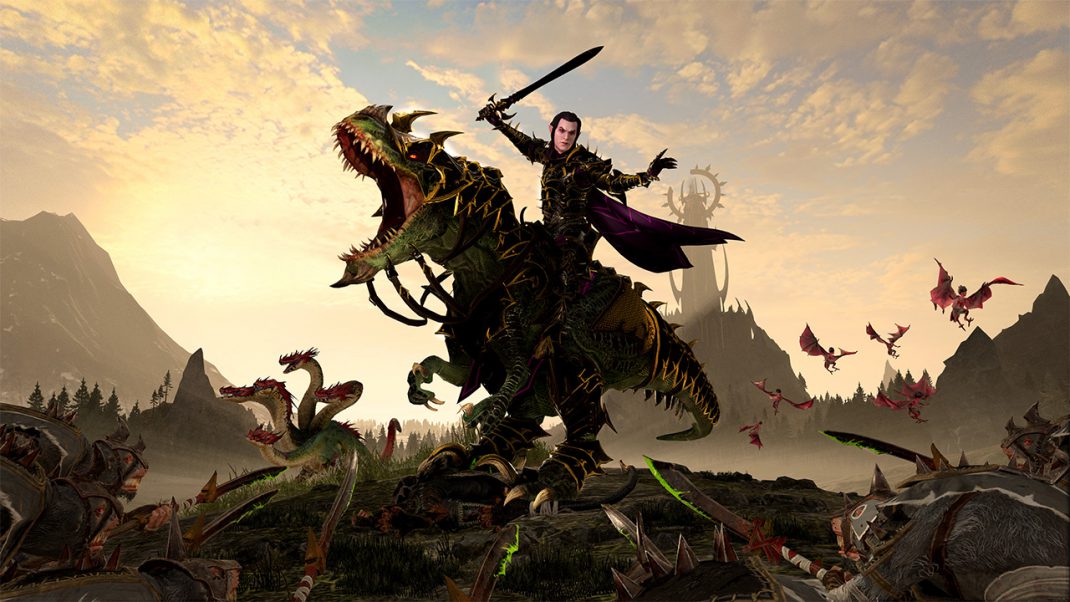 11/27/2019 – Tz’arkan, the Drinker of Worlds has escaped from his eternal prison within the Realm of Chaos and latched himself onto the mind of Malus Darkblade, forging a deadly partnership that reverberates throughout the New World. Sensing the potential of this daemonic entity, the Nightlord of Clan Eshin has dispatched his most trusted assassin, Deathmaster Snikch, to track down the daemon and investigate its true power.

Who will prevail in this daemonic power struggle? Find out in the new trailer.

Out December 12th and playable in both the Eye of The Vortex and Mortal Empire campaigns, the Shadow & The Blade introduces two legendary lords to Total War: WARHAMMER II, both with an insatiable desire to spread destruction across the battlefields of the world. With swarms of sneaky rats, nightmarish Medusa-bound blood shrines, stealth magic lore, and a unique and intertwined campaign, players have an arsenal of new ways to inflict death upon their enemies.

In addition to this, some significant quality of life improvements has been made to enemy turn time duration. Players can now expect to see up to a 60% decrease in wait times between turns, however this will be dependent on their current game state.

Details on the Shadow & The Blade can be found on the total war FAQ here.

Click here to pre-order Shadow & the Blade and receive 10% off.