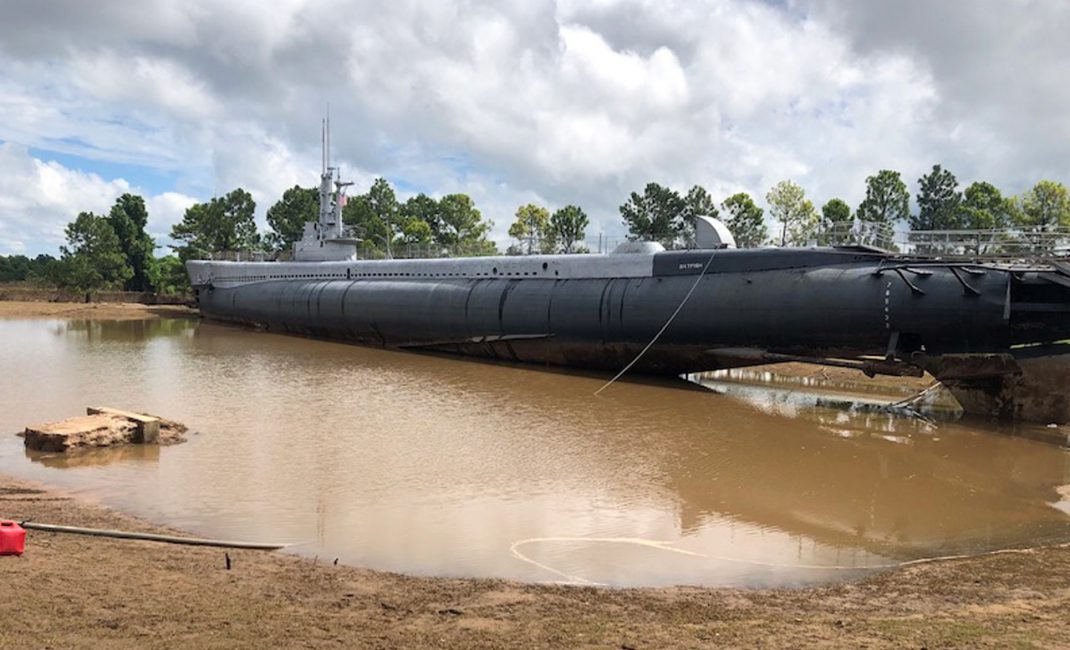 Austin, TX, November 15, 2019 – Wargaming has partnered with Muskogee War Memorial Park to raise money to repair the USS Batfish, which experienced extensive damage due to flooding earlier this year. The USS Batfish was integral to naval warfare in WWII, sinking 15 Japanese ships, including three Japanese submarines in just 76 hours, making her the most successful submarine killing sub in history.

The campaign kicks off today with the “Save the Batfish” in-game package. Players will have the opportunity to donate $10 to restore the historic WWII submarine and will receive special rewards for their contributions. Items include eight Dragon Flags and a combat patch similar to the patch worn by the sailors who served on the submarine.

“Working to preserve these ships and their history is part of our mission to ensure future generations can fully understand and remember those who served,” said Ray Hazlip, Regional Publishing Producer at Wargaming  “Our community has shown us how passionate they are about preserving naval history as two years ago they raised approximately $300,000 to restore the USS Texas.”

The goal is to help the museum reach $150,000 to cover repairs, which include sandblasting, painting, relocation, a new stabilization platform, and interior floor tiles and gauges which were all damaged by the water. The submarine is an important piece of WWII naval history that the museum wants to protect for future generations.

“To those who do not see it, the Batfish represents a weird roadside attraction dedicated to crazy sailors who wanted to honor their lost friends. To the inquisitive mind with an eye for history, a visitor can learn about the value of service, the impact that the United States Submarine Force had on the war in the pacific,” explained Brent Trout, Executive Director of the Muskogee War Memorial Park. “Simply put, our World War II submarine museums are in danger. Some of them are well funded and in the right place, but others are in jeopardy of being scrapped. Protecting the USS Batfish means saving history and protecting the sacrifice of every sailor who called a submarine home.”

Donations will be taken through GoFundMe as well as in the game. On November 22, players will have the opportunity to learn more about the USS Batfish’s history as Nicholas Moran (The_Chieftain) hosts a Charity Stream.

Further details on the campaign can be found here.