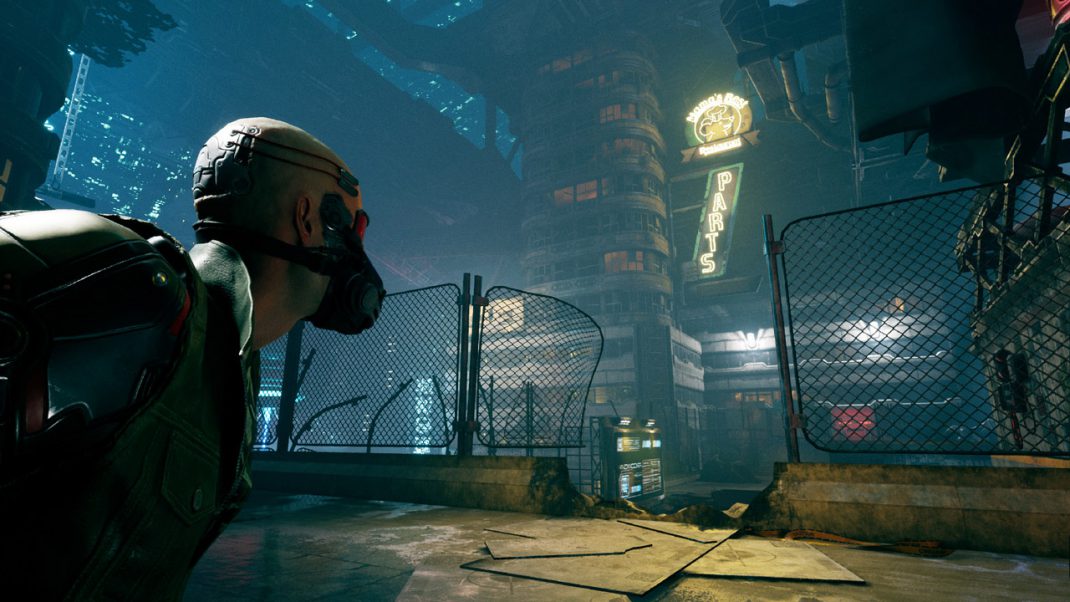 Krakow, Poland – November 18, 2019. All in! Games has announced a new partnership with 3D Realms and Slipgate Ironworks, bringing another dimension of resources to the production and distribution of Ghostrunner, the upcoming game by One More Level.

Ghostrunner is a first-person hardcore cyberpunk adventure coming next year to Xbox One, PS4, and PC. It is created and developed by One More Level and published by All in! Games.

3D Realms, drawing on its knowledge and many years of experience in the FPS genre, will support the technical production and marketing of Ghostrunner. The company is known for their 30+ year legacy in the gaming industry, with games like Wolfenstein 3D, Duke Nukem 3D, Max Payne and, more recently, Ion Fury and WRATH. Ghostrunner fits with 3D Realms’ continued commitment to bringing great first-person action games to market.

In January, 3D Realms will showcase Ghostrunner in their booth at PAX South 2020 in San Antonio, Texas where it will be available to play for the first time in North America.

“We couldn’t be more excited to be working with the fantastic people at One More Level and All in! Games. When we were asked to step in, and produce Ghostrunner, we immediately jumped on board! Ghostrunner fits perfectly within 3D Realms’ legacy of great First Person Action games, and we believe we have a lot to offer,” said Scott Miller, Founder of 3D Realms.

All in! Games is a publishing house and development team creating and supporting unique games for PC and consoles. Apart from Ghostrunner, there are dozens of titles in their portfolio, including Tools Up! (The Knights of Unity) and Paradise Lost (PolyAmorous).

“We are thrilled to be working together with 3D Realms,” said Piotr Żygadło, COO of All in! Games. “We believe that this cooperation will benefit everyone involved in the production and release of the game. 3D Realms is a major company and has a history of many successful, popular titles. We’re aiming to make Ghostrunner the next big hit.”

“We’ve been fans of Ghostrunner since the initial reveal, so when we were offered the opportunity to help out, and co-develop the game alongside the incredibly talented developers from One More Level, we jumped at the opportunity,” said Frederik Schreiber, CEO at Slipgate Ironworks.

All in! Games   Ghostrunner   playstation 4   windows pc   xbox one