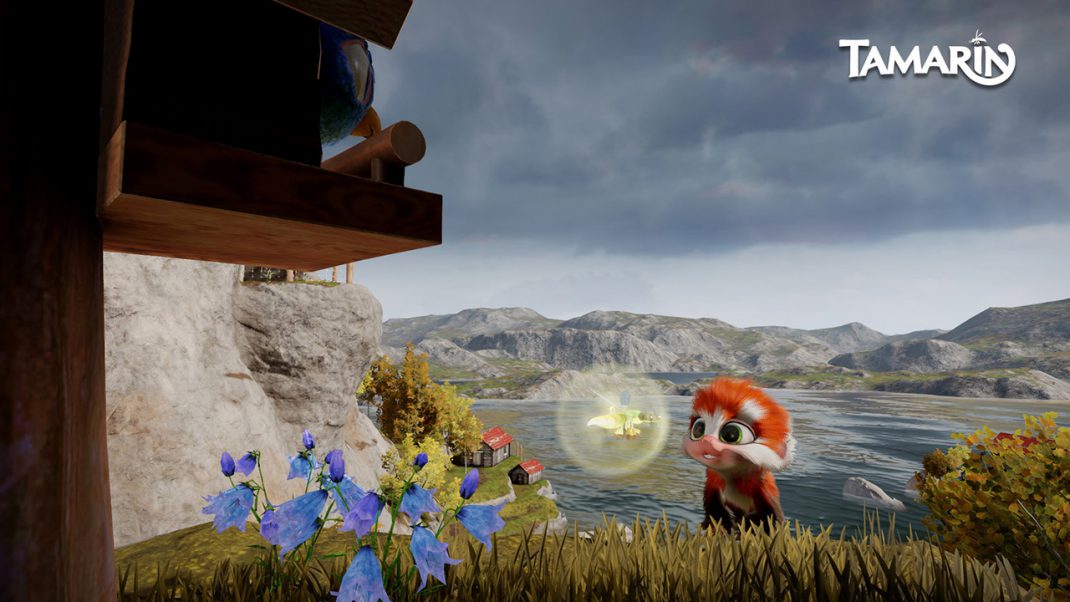 London, United Kingdom – November 14th, 2019 – Chameleon Games is proud to announce that its third-person action-adventure Tamarin™ is now in development for Xbox One, with a 2020 release planned. Set in beautiful Nordic scenery, Tamarin stars the world’s cutest monkey on a quest to save his family from ever-expanding insects intent on industrializing the forest that the tamarin call home.

Tamarin channels the energy of 3D platformer classics and explorative Metroidvania shooters. Explore an incredible interconnected 3D world, brimming with primate platforming and bug-splattering shooter action. Leap with the agility of a tamarin as you journey into the Northern wilderness on scenic routes through forests, fjords and mountains. Along the way you will chase mysterious electrical fireflies, discover a secret underground world of dancing ants, rescue innocent birds, and restore the tamarins’ once idyllic natural habitat.

“With Tamarin I wanted to make a game that’s both fun to play and says something important,” said Omar Sawi, Founder of Chameleon Games. “Our planet’s ecosystem is facing the most serious challenges it ever has, and I wanted to make an exciting and inviting game that gets to the heart of this issue. By releasing on Xbox One, we’ll be able to bring Tamarin to a whole new audience, which is good not just for us at Chameleon Games, but to anyone who cares about this beautiful planet.”