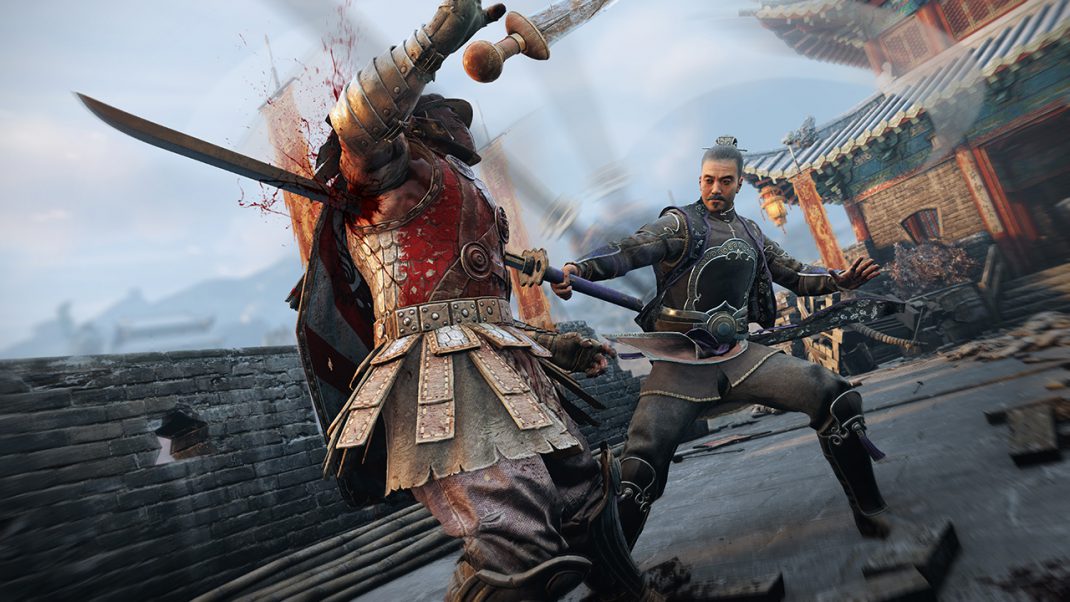 The newest hero, the Zhanhu, is available to play as either a male, Sun Da, or female, Fu Huo. Under the Wu Lin banner, Sun Da is a dark force who travels west carrying terror and dread into battle. Fu Huo fights in service to Empress Dou, venturing out to deliver the might of the Wu Lin, striking fear into enemies as an unpredictable warrior.

Strong and agile, the Zhanhu are dodge attack experts who rely on their mobility and wield a long, single-edged blade named Changdao. Also masters of artillery, they will be able to use brand new types of attacks and feats to burn the enemy and wreak havoc on the battlefield. Owners of the Year 3 pass will be immediately able to play as the Zhanhu starting November 7, while all other players can gain access to the new Hero on November 14 for 15,000 Steel.

Year 3 Season 4 takes place after the wreckage created by a massive sandstorm in the Wu Lin territories. Many warriors fled west and sought refuge in Heathmoor, while others stayed behind with the Emperor to rebuild an army. Among them, Sun Da, leader of the Zhanhu, found new ways to use fire in his laboratory at Qiang Pass, Year 3 Season 4’s newest map. Located at a narrow pass nestled between two mountains, the Wu Lin once built a grand fortress to claim the strategic route. With mountains on either side, the defending army only had to protect one front until a catastrophe weakened the fortifications. Now attackers amass at Qiang Pass, determined to open a path for their invading forces. In addition to adding a new hero and a new map, the new Season will also further balance heroes and certain hero feats. For full details of the title update, read more in For Honor’s patch notes 2.15.0: https://forhonor.ubisoft.com/game/en-us/news-community