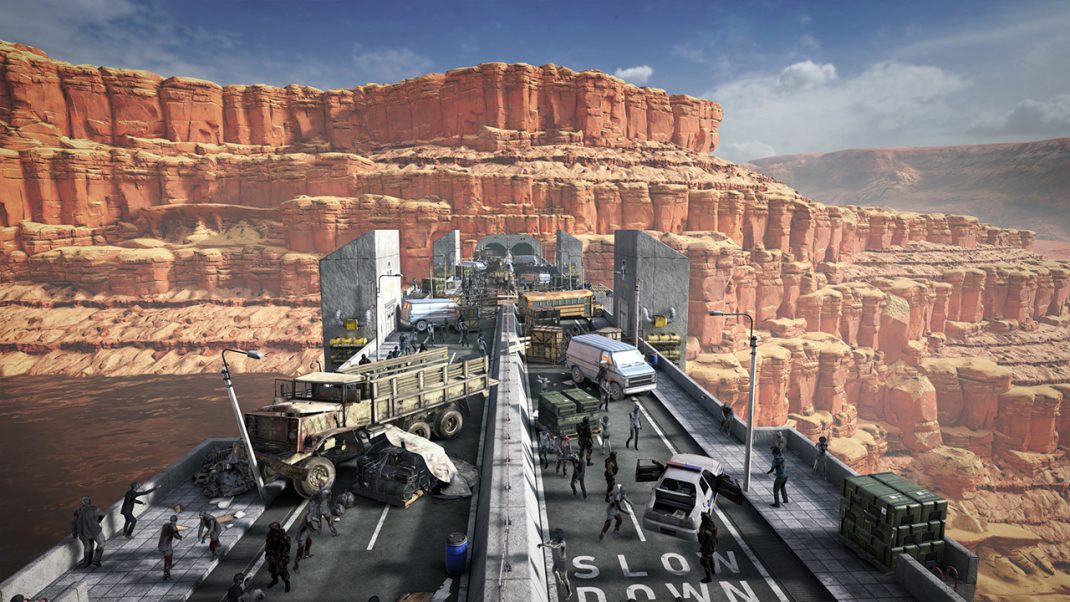 Preceding the events of Arizona Sunshine and Dead Man DLC, players get to crawl into the skin of an all-new protagonist named Liam. As one of the few zombie apocalypse survivors, he has agreed to assist a team of US special forces on a daunting mission: reactivating a nearby, zombie-infested, hydroelectric dam. As the team sets out, terrifying events unfold without warning that leaves the player to complete their objective on their own, or with a friend in co-op.

Players make their way up, over and inside the massive structure as they explore a brand-new location featuring unprecedented scale. Faced with Liam’s fear of heights, players peek over the edge of the dam into the abyss, challenged with finding their way across dodgy makeshift pathways that bridge the dark and endless depths below. Never knowing where flesh-eating undead are crawling, Arizona Sunshine – The Damned DLC will put the player’s VR survival skills to the test as they try to stop the spread of the apocalypse in its tracks.

Arizona Sunshine – The Damned DLC is out now for an SRP of €4,99 / $4,99 on PlayStation VR, Oculus Rift, HTC Vive and Windows Mixed Reality headsets. For more news about Arizona Sunshine, find us on Facebook and Twitter and subscribe to the newsletter at www.arizona-sunshine.com.