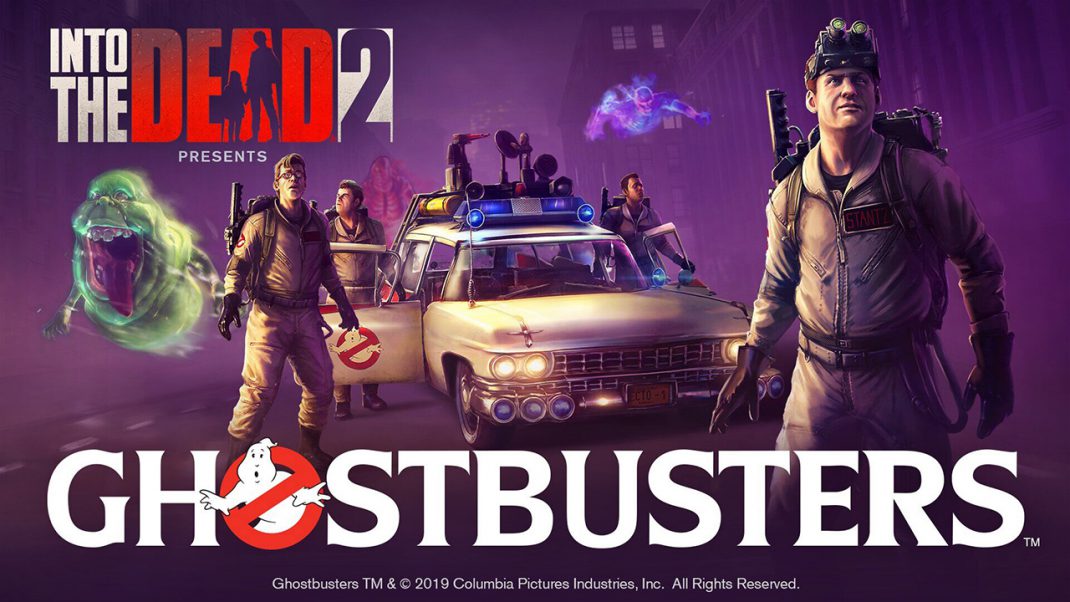 Baltimore, MD – September 30th – Independent games publisher Versus Evil in partnership with PikPok are proud to release the officially licensed Ghostbusters™ and George A. Romero’s Night of the Living Dead™ mission trailers for their apocalyptic zombie shooter Into The Dead 2 that is coming to Nintendo Switch on October 25th.

Fans of the Ghostbusters™ and Night of the Living Dead™ franchises will be reunited with the familiar and iconic characters.

In the Ghostbusers Add On, players will have the chance to join the Ghostbusters’ team and join Egon, Winston, Peter, and Ray as a new rookie Ghostbuster recruited to investigate a paranormal disturbance.

George A. Romero’s Night of the Living Dead Add On will have players following the story of Ben and his grueling encounters prior to the events of the iconic film. Fans can experience the events of the zombie uprising as they team up with country girl Alice in a fight for survival across 12 levels.

Officially licensed Ghostbusters™ and Night of The Living Dead™ missions for Into The Dead 2 will be available on the launch date, sold separately on the Nintendo eShop and will be included with the physical version of the game. The game pre-order now at participating retail stores and on the Nintendo eShop.