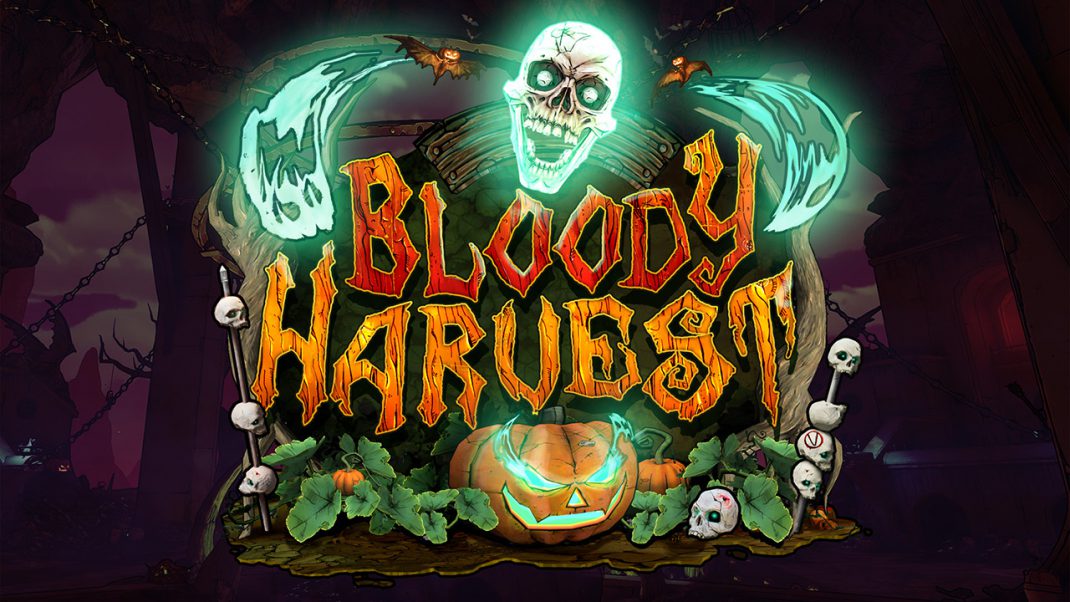 Bloody Harvest is a free, Halloween-themed event that will launch next month and run for a limited time. The event will include brand new and appropriately themed Legendary weapons, character skins, enemy types, environments, and at least one seriously spooky boss battle.

All players can take part in Bloody Harvest when it goes live in October, as it’s the first of many free updates and events you can expect from Borderlands 3. However, you will need to hunt some ghosts before you can gain entry to the special Bloody Harvest map…

To learn more about how the event will work, as well as what’s in store for those who choose to brave the Bloody Harvest, please refer to this blog. For brand new Bloody Harvest screenshots and art, please click here. And if you’d like to see episode one of The Borderlands Show in full, you’ll find it right here.

In addition to all these Bloody Harvest details, The Borderlands Show also revealed the release date for Borderlands 2 VR on Steam, which will officially launch on October 22 with all the BAMF DLC included.

Be sure to catch episode two of The Borderlands Show next month over at the official Borderlands Twitch channel. Episode two will include a closer look at the Maliwan Takedown first teased in the roadmap shown during PAX West.

Borderlands 3 is available now on Xbox One, PS4, and PC.