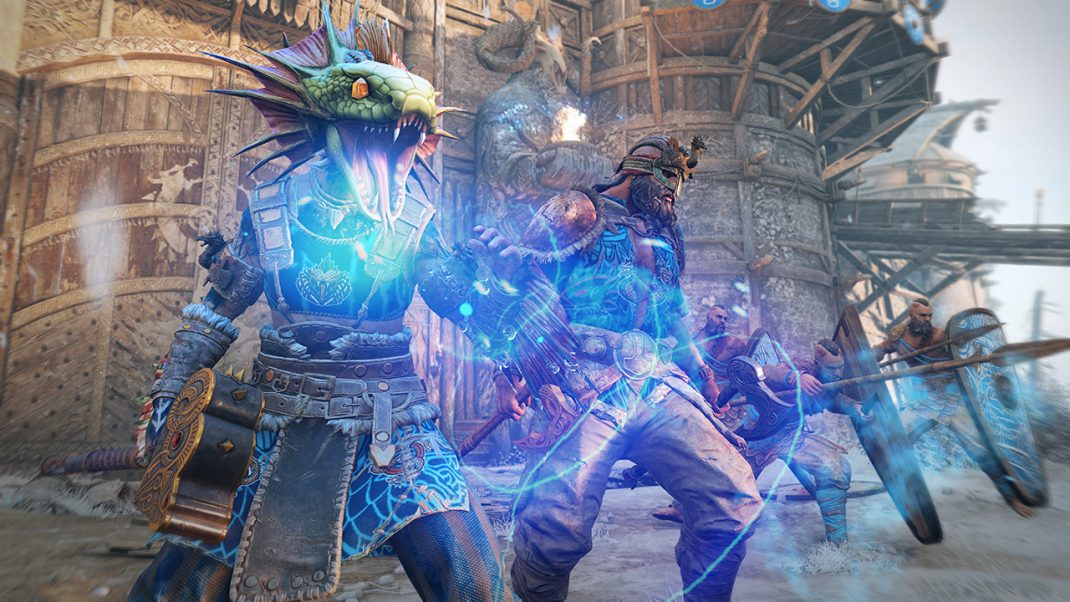 Wrath of the Jormungandr Playable in For Honor Until October 3

SAN FRANCISCO— September 19, 2019 — Today, Ubisoft announces the Year 3 Season 3 For Honor®  in-game event, Wrath of the Jormungandr starting today until October 3 at 6am PT. With more than 20 million players, For Honor is available on PlayStation®4 entertainment system, the Xbox One family of devices including the Xbox One X and Windows PC. For Honor is now available on UPLAY+,* Ubisoft’s subscription service.

The in-game event will come with a special limited-time game mode, Ragnarok, which transforms the Breach game mode in celebration of the Jormungandr, their Hamarr, and the map Storr Stronghold. Players will have the chance to wield The Mighty Hammer, creating remarkable combat with opponents in this special version of Breach mode. The Hammer is spawned by the deadly Sea Serpent, and will change the moveset of each character, adding two new special abilities to take on enemy factions:

The event also introduces a new Battle Outfit, Storr Champion, as well as fantastical Illustrious Outfits, flowing with the true spirit of the Serpent. In addition, the event also adds a new execution, Rampage of Ragnarok, as well as themed weapons.

Year 3, Season 3 ’Hulda’ brought players the Jormungandr, a feral warrior who is part of the Viking Faction of For Honor. Following the events in Dead Shades, another legendary battle marked Heathmoor’s history. During Year 3 Season 1, Campaign 1, the Knights had conquered most of the continent. As they marched on Valkenheim, they clashed with the Vikings of Thornfinn Coast in Battle 28. To everyone’s surprise, the Vikings held the fortress, repelled all enemies from the North, and won all the remaining campaigns. The Wrath of the Jormungandr event tells the battle that led the Vikings on a path to absolute victory in Year 3 Season 1.