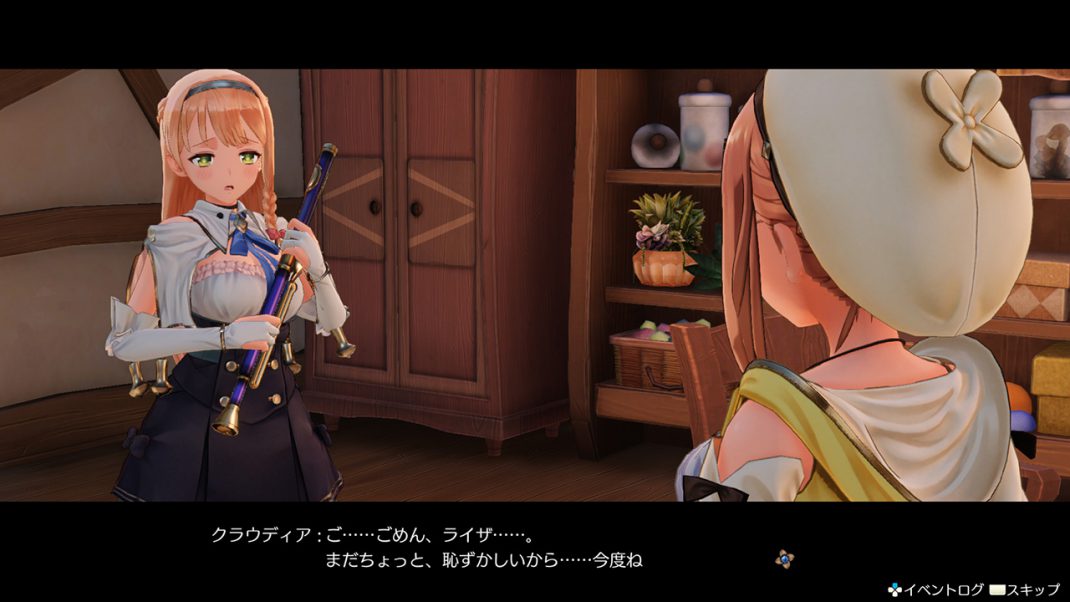 Burlingame, Calif. – September 19, 2019 – KOEI TECMO America and GUST Studios detailed the intricate new Secret Hideout system today for their upcoming JRPG Atelier Ryza: Ever Darkness & the Secret Hideout. As Ryza, the budding alchemist, and her mischievous group of friends set out in search for adventure, they will be faced with a wealth of challenges to overcome. A series of circumstances leads the group into the depths of the mysterious Sunken Mine, a deep and dark dried-up environment that is home to something potentially evil — a gate leading to another world.

To prepare for their harrowing journey; to save their homeland from whatever is lurking in this far off land, the adventurers create a secret hideout as their new base of operations. As a budding young alchemist, Ryza will have to ensure she diligently practices synthesizing between her travels — the higher her alchemy level the more useful her items will be for future adventures. In addition, players will also able to use the exciting new Gathering Synthesis system from the hideout to create new lands to explore; they can use Forging to create new weaponry perfect for tougher foes; and Item Duplication, to easily craft a variety of consumable items for their journey.

Since Ryza’s Secret Hideout would not be complete without personalization, players will be able to customize their hideout to reflect their own personality through using various items found while exploring the multiple worlds. Ryza and her team will be able to increase their stats depending on how the base is remodeled, and the gathered items can be utilized strategically to grant useful stat boosts on the field during battle. These Atelier Ryza: Ever Darkness & the Secret Hideout features will unlock as players experience more of the game’s gripping narrative, quests, and magical lands.

With one month left until the launch of Atelier Ryza: Ever Darkness & the Secret Hideout, KOEI TECMO America released an enchanting new trailer; fresh from Tokyo Game Show 2019, giving a deep look at the enchanging and new Atelier narrative. A batch of new screenshots were also released to give players a first look at the Secret Hideout amenities available upon the game’s release.