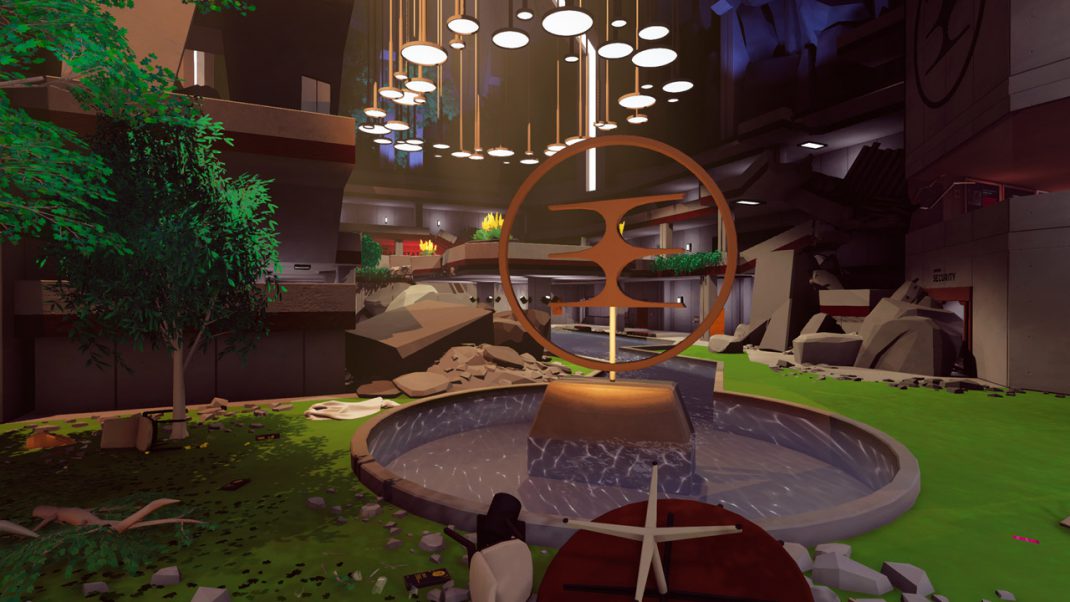 September 12, 2019 – Discover the first gameplay trailer for The Bradwell Conspiracy, a narrative-driven, first-person tale of corporate duplicity, by A Brave Plan and Bossa Studios. In it, you’ll uncover an abandoned museum after an explosion and try to piece together the mysterious surrounding the chaos.

The Bradwell Conspiracy will launch this Autumn on PS4, Xbox One, Nintendo Switch and Steam (PC). The game will also be available on the upcoming Apple Arcade platform.

The Bradwell Conspiracy is the first release from ‘A Brave Plan’; a team of BAFTA award winning AAA veterans with the likes of Fable, Batman and Tomb Raider under their collective dev belts. The game also features music composed by Austin Wintory (The Banner Saga, Journey) and an illustrious vocal cast including Broadway actress Rebecca LaChance currently performing in School of Rock in London’s West End, Abubakar Salim from Assassin’s Creed: Origin’s and TV’s Jonathan Ross.

The Bradwell Conspiracy places the player as an unnamed museum visitor waking up in the aftermath of an explosion at the Bradwell Stonehenge Museum’s Solstice 2026 Gala. To escape the chaos the player must work with Amber, A Bradwell Employee trapped elsewhere in the collapsing building. Due to an injury, the player’s means of communication is sending pictures to Amber via a pair of Bradwell AR Smart Glasses. However, their escape route is a perilous one and players will soon find themselves in the depths of a hidden underground complex full of secrets. With a Brutalist art style unique to the Bradwell Universe plus original 3D-printing and photography gameplay mechanics used to solve the many puzzles throughout, The Bradwell Conspiracy will offer a truly immersive gameplay experience.