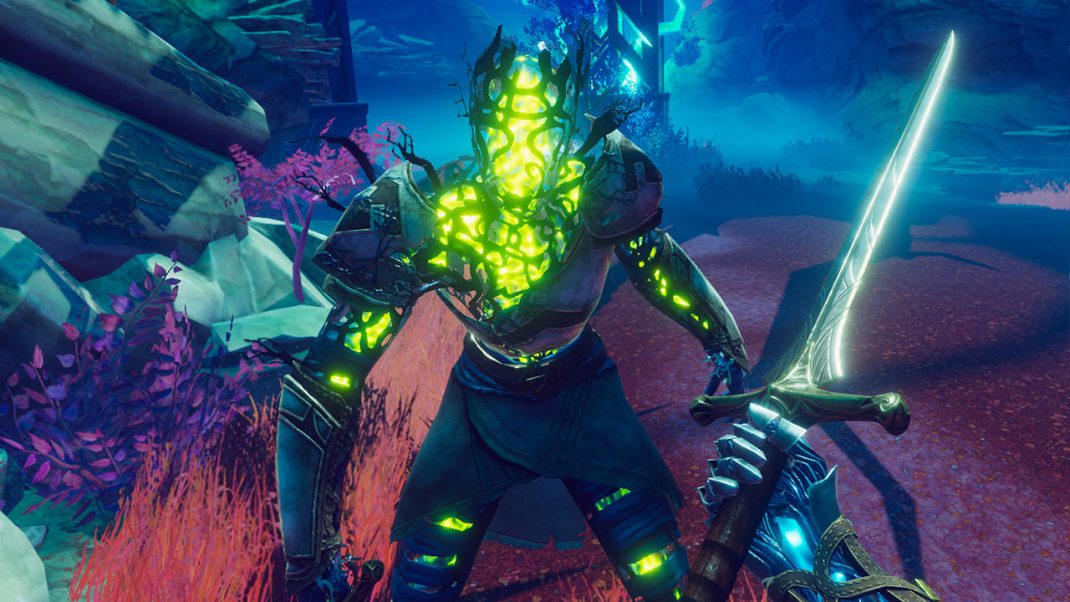 VR Swordfighting Game Until You Fall in Early Access

PITTSBURGH ー Aug. 27, 2019 ー Gamers with a hunger for immersive swordplay action can rejoice as Until You Fall from Schell Games is now available for Early Access on Steam. The virtual reality (VR) game, which is playable on the HTC Vive and Oculus Rift, will retail for

$19.99 USD and take players on a treacherous mêlée-laden journey through the lands of Rokar. A 20 percent discount will be offered to those who ready themselves for battle the first week of Early Access launch.

Assuming the role of a Rune Knight, players must arm themselves with a variety of unique weapons to protect what’s left of Rokar, their homeland. Fending off the twisted and powerful Unraveled forces and utilizing their best sword-fighting skills, Rune Knights must defeat these former Rokari warriors who roam the ruins. Strategy is key; only those Rune Knights who are clever and persistent will survive the horrors that lie ahead.

The current Early Access build includes the first two-thirds of the first campaign, offering players a selection of weapons from which to choose. Schell Games plans to share a product roadmap publicly for all those who wish to learn the next steps of the game’s development as it progresses through Early Access. Players will be encouraged to provide feedback for the game on its Discord channel.

“One of our main objectives in releasing the game via Early Access is to connect with the community, glean feedback, and use that information to inspire our game design decisions moving forward,” said Jesse Schell, CEO of Schell Games. “We want Until You Fall to push the limits of the VR genre, not only by offering players an exciting gameplay experience but also in terms of replayability. We feel the best way to meet our goals is by building a dedicated community early on in the game’s lifecycle, to ensure players get a title with features they want.”

Adding to the game’s appeal is actor Zehra Fazal in the role of the mysterious Runesmith. Ms. Fazal is known for Voltron: Legendary Defender and Netflix’s Lost in Space, among many other roles. The heart-pounding Synthwave music of the credits track was composed by Chris Dudley, the keyboardist in the multi-Grammy award-nominated band Underoath.

To play Until You Fall, please visit the game’s Steam page.