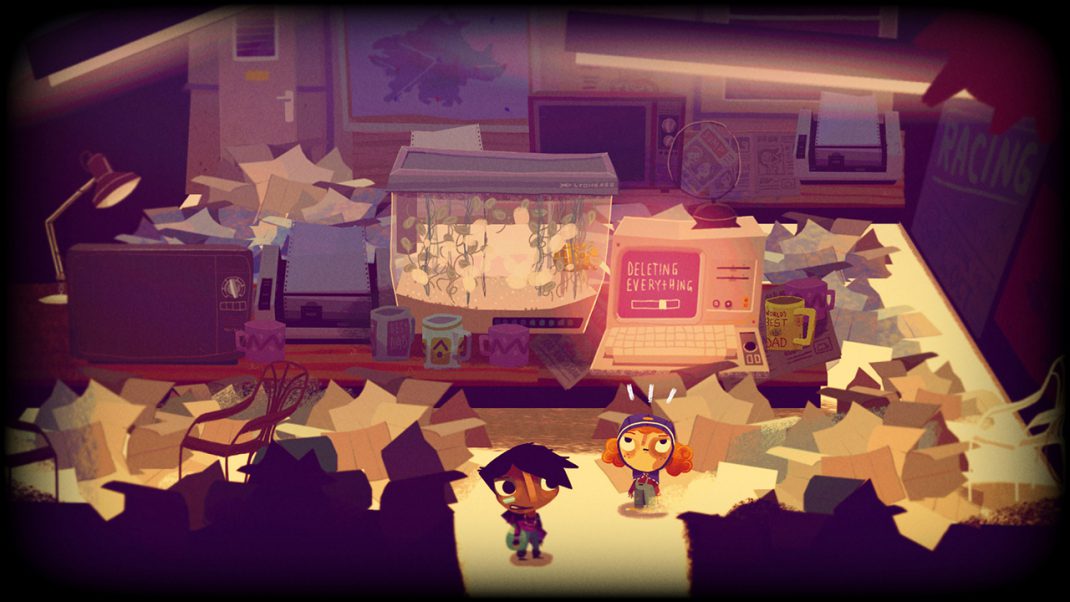 “It’s been a long journey to get here, but we’re excited that Knights and Bikes is ready for everyone to enjoy,” said Foam Sword co-founder Rex Crowle. “With Knights and Bikes, we’ve been influenced by some of our favorite childhood memories, games and movies, and we hope that when fans jump in it’ll bring back childhood emotions of their own!”

Knights and Bikes is a hand-painted action-adventure for 1 or 2 players, set on a British island in the 1980s. It’s a coming-of-age story starring Nessa & Demelza, exploring the coasts of Penfurzy on their trusty bikes, looking for a legendary lost treasure in a Goonies-inspired tale of excitement, danger, fun and friendship.

The two new friends, along with their pet-goose and the pickled-head of an undead knight, form the Penfurzy Rebel Bicycle Club, and are ready for anything this adventure throws at them. They pedal into danger to face threats head-on with frisbees, water-balloons, video game controllers and the powerful beats of an amplified boom-box.

Along the way they’ll stuff their pockets with trinkets and barter for bike upgrades, spurring them onwards down the island’s country lanes, windswept beaches, deep forests, modern attractions and ancient ruins.

Together their friendship will create an adventure as big as their imaginations.

“Collaborating with Foam Sword has been an incredible experience,” said Double Fine VP of Business Development Greg Rice. “We have been in love with Knights and Bikes since its initial Kickstarter campaign, and working with Rex and Moo has been an absolute treat – we’ve even picked up some UK slang along the way, especially each time they give us another tinkle on the blower.”

Foam Sword is a collaboration between game-making friends Rex Crowle and Moo Yu, who met at Media Molecule while making LittleBigPlanet. Rex is a BAFTA award winning artist and designer, who was also the creative lead for Tearaway and Tearaway Unfolded. Moo is a Programmer who worked on the gameplay for Ratchet & Clank, Moshi Monsters, as well as his own games Ring Fling and MonstrosCity. They are joined by two collaborators — Audio Direction from multi-BAFTA nominated Kenneth CM Young (LittleBigPlanet, Tearaway, Astrobot) and an Original Score from Ivor Novello-winning composer Daniel Pemberton (Spiderman: Into the Spiderverse, The Man From U.N.C.L.E, Steve Jobs, LittleBigPlanet).

For more information on Knights and Bikes, please visit: http://www.knightsandbikes.com