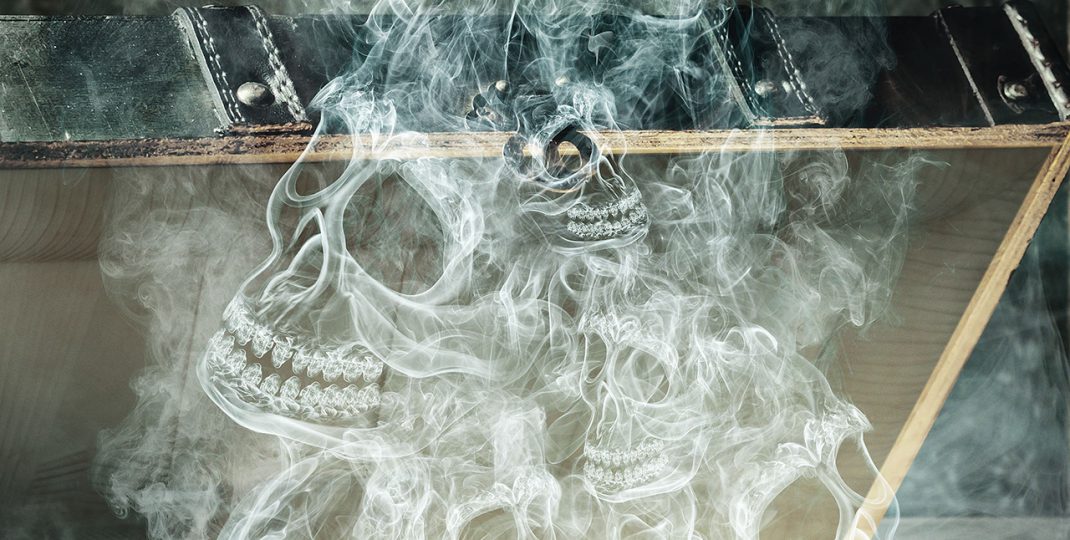 The Curse of Pandora’s Box Coming to Halloween Horror Nights

Greed is the underlying theme of this all-new maze, resurrected from Universal Studios Hollywood’s vault of masterful storytelling that transports guests from the land of the living into the nightmarish netherworld of Hades. The scene begins with “Pandora’s Cabinet of Curiosities,” a dilapidated storefront set in modern times that is, nonetheless, eerily reminiscent of a structure that belongs in the dark and dangerous back alleys of Victorian London.

Amid every occultist artifacts and forbidden relics known to man, the bizarre shop houses an all-consuming collection of evil trapped behind glass-encased cabinets, including a giant, ornate box inlaid with human bones and adorned with the silhouette of a mysterious woman clasping her body with skeletal arms.

As guests pass through the shop they will hear a faint, yet seductive voice echoing the words, “anything can be acquired, anything our hearts desire,” beckoning maze-goers to tempt fate, just as a cataclysmic earthquake erupts, shaking the shop and swinging open the ornate box to awaken a demonic voice whispering in a foreign tongue to “come inside.”

Once Pandora’s Box has been opened and evil unleashed, it can never be closed again.

Tickets for “Halloween Horror Nights” are on sale now, including the first-ever Fan Preview Night which offers an exclusive sneak peek of the event on Thursday, September 12, before it officially opens to the public on Friday, September 13.

“Halloween Horror Nights” brings together the sickest minds in horror to immerse guests in a living, breathing, three-dimensional world of terror and features a slate of unrivaled film and television production quality mazes, frightful scare zones and live performances, inspired by today’s most definitive horror properties.