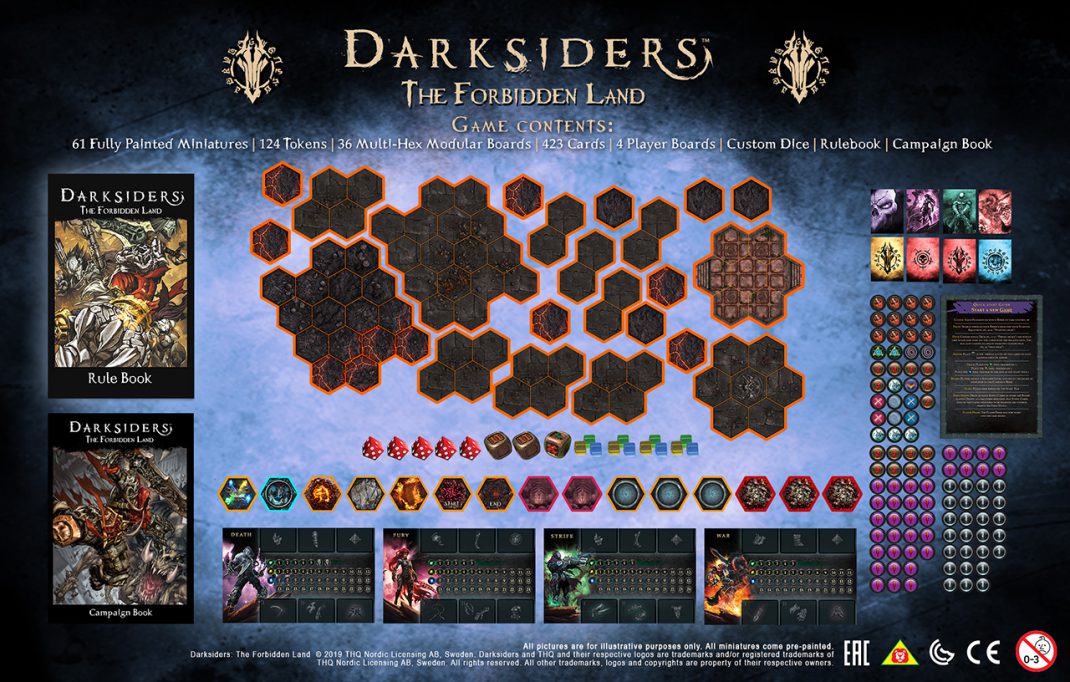 Vienna, Austria and Austin, Texas, August 1st, 2019 – For the first time in history, all Four Horsemen of the Darksiders video games are playable at the same time! You and up to four of your friends can now play Darksiders together. Darksiders: The Forbidden Land is a co-operative dungeon crawler board game for 1-5 players. Take on the role of your favourite Horseman and battle alongside your fellow Riders through an entirelynew storyline set in the Darksiders universe. Fight your way through to the hordes of monsters to defeat The Jailer and vanquish evil forever!

Game Details
With asymmetric player abilities, you can play as War, Death, Fury or Strife and experience the game completely differently each time. Beside 61 phenomenally detailed and pre-painted minis, the game includes customisable decks of cards for each Rider. That means that even multiple games with the same rider will be different. Manage your cards well, as you will be using them to move, attack enemies and upgrade your rider using Darksiders: The Forbidden Land’s unique new card economy mechanic. But don’t blow through them too quickly though, because once your deck runs out you’ve lost the battle.

The included Campaign Book has a thrilling story spread over 19 different levels – grouped into multiple scenarios – to play through. These can be tackled in sequence for an entire campaign play-through, players may choose to focus on a single scenario for a shorter gaming session, or even just play through a single level. With a variety of enemies as well as numerous modular hex-tile game boards included in the game, we also look forward to seeing fan-created custom levels and scenarios! 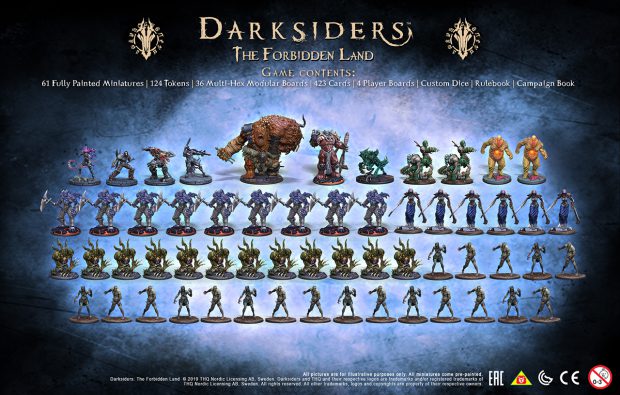 But wait…
We mentioned this game is playable with up to five people, but there are only Four Horsemen. How does that work? One of you can play as the game master, that’s how! Without the game master, there are rules determining how the enemies of the Four Horsemen will behave, but with a game master controlling the monsters an extra level of challenge is added as suddenly they can move tactically.

Darksiders: The Forbidden Land will only be available through the Darksiders Genesis Nephilim Edition! Pre-order here: https://darksiders.com/order-here/