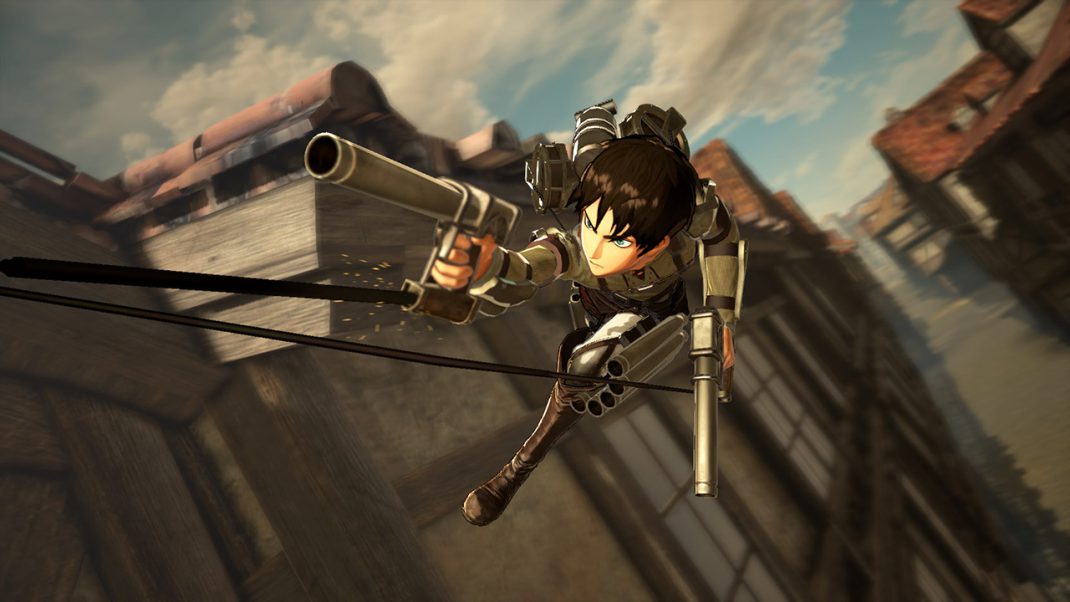 Attack on Titan (AoT) is a Japanese manga series that was adapted into an anime, and most recently transferred into the realm of video games. In the AoT realm, humanity lives within a city surrounded by three walls that protect them from the giant human like Titans that wish to devour them. In humanities last effort to survive, they create an army of humans with a set of equipment, the Omni-Directional; Mobility Gear, that allowed them to fight in the air attached to iron wires that hook on to the terrain around them. Equip with this gear, humanity must push back against the advancing Titans in hopes of one day being able to live outside their walls.

Attack on Titan 2 was released on March 20th of 2018 and offers the players a glimpse of what it would be like to be a part of the story. On July 5th, an expansion Attack on Titan 2: Final Battle was released which furthered the story mode and included additional battle modes. I went into this sequel game having a basic knowledge of AoT. I knew there were titans, they were naked, they were the bad guys that needed to be taken down, and that I was ready to hack and slash my way through the air. 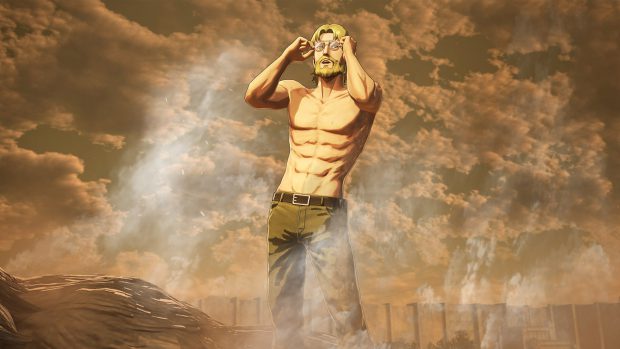 The game loaded in and immediately recommended easy mode, it then gave the player the option of setting the gore to either on, or off. The final option the game offers before starting is “auto-assist”. This feature is a type of autopilot that helps the player automatically complete aerial maneuvers. For this play through I chose to go with normal difficulty, gore on, and no assist. One of those I had to change almost immediately.

The game play seemed simple at first but aerial combat soon became the bane of my existence. During the tutorial training mission, I found myself frustrated trying to button mash the controller and found my character very often slamming head first into the ground. After about five minutes of frustration I buckled and turned on the “auto-assist” mode. This mode made a huge difference. I soon found myself as a medieval spider-man swinging across the screen with giddy excitement. What was first a chore, become immensely fun. I felt intimidated by the Titans at first glance but soon found myself doing aerial moves and taking them down single-handedly all with the help of the auto-assist. It allowed me to enjoy the game, but also didn’t make it feel like I was cheating or that the game was holding my hand. I still needed to be alert and in the driver’s seat at all times.

One of the most surprising aspects of the game for me was the audio. I went in expecting to be reading text off a screen and becoming bored rather easily. Instead the game had a wide range of voice actors, with all in game dialogue text accompanied by Japanese voice over. The game also allows the player to fully customize their character’s appearance, clothing, and choose from both ten male and female voices. I began to feel more a part of the in game world knowing that my character had their own style, and more importantly their own voice. 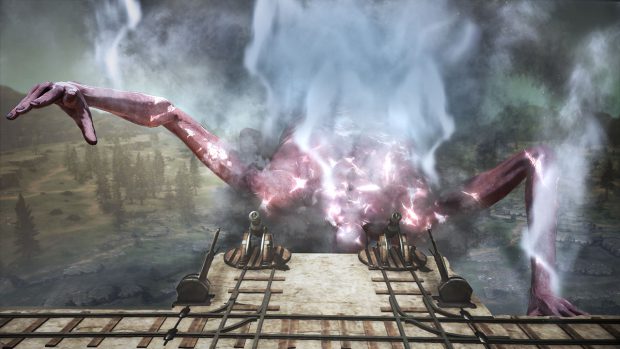 With all of the fun combat and downtime talking with characters from the manga, there were a few downsides. My first major issue was the point of view shifts from game play to the cut scenes. During gameplay, the player’s perspective was third person which made it easy to navigate and take in the world around them. Cut scenes however, were told from the first person perspective. This made looking up at Titans thrilling, but also took away from the story as it was jarring to suddenly switch perspective mid battle and no longer be able to control the character.

The second gripe I had was long it took to reload. In AoT2, the player has to keep an eye on their blade sharpness and how much gas they have left in their Omni-Directional Mobility Gear. The issue wasn’t how fast these gauges depleted, but how long it took to reload them. The developers did not make it possible to both move and reload simultaneously, so mid battle with a Titan the player would have to stop in their tracks to reload, all while hoping the Titan didn’t happen to notice.

I am amazed how well Attack on Titan transferred over into the video game realm and much the developers packed into one game. The basic story line covers the first 50 chapters from the manga, and the additional Final Battle DLC covers another 40 chapters. With the creative tie in to the story while getting to fully customize a character, I found myself enjoying the adventure and wanting to know what happened next. Both fans and newcomers alike that feel up to the challenge of being humanities’ last defense should definitely step up to the plate! 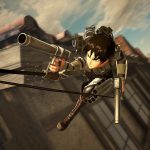