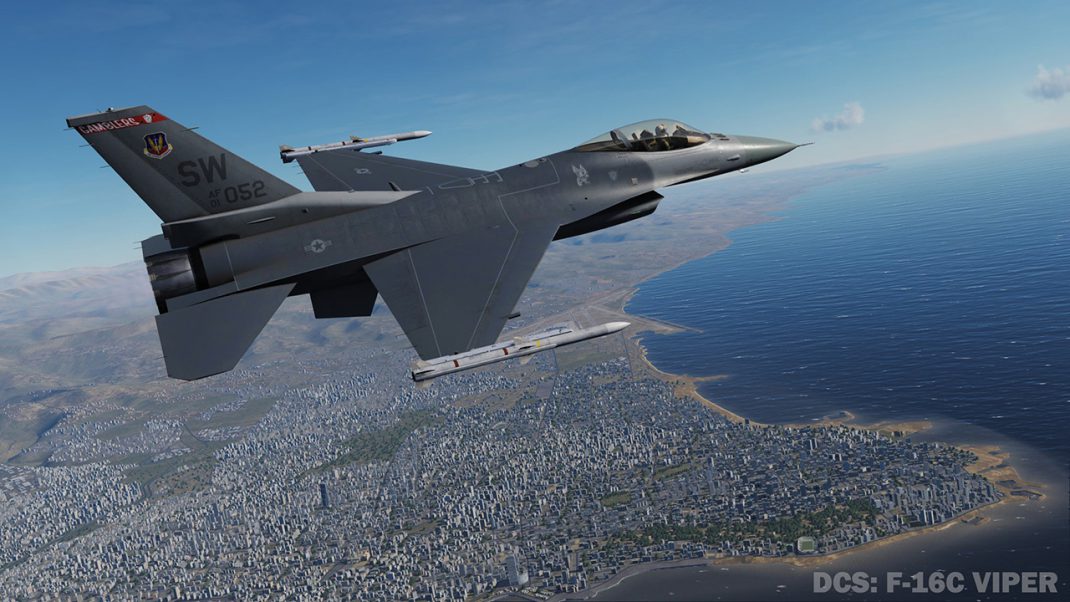 July 26, 2019 – The official Viper reveal trailer is here! Created by our video producer “GlowingAmraam”, the video highlights the beautiful lines, performance, and capabilities that will make the Viper a must-have module for DCS World. Thank you for the tremendous support and we hope you enjoy it!

Order the Viper now from our e-Shop and save 20%.

The Viper pre-order is also available on Steam for 20% off.

The F-16C is a single-seat, single-engine multirole fighter that was developed in the 1970s. More than 4,500 units were manufactured and are operated today by 26 countries where the aircraft performs numerous missions that include air superiority, close air support, precision bombing, air defense suppression, reconnaissance and more. Few other aircraft can match its versatility, maneuverability, firepower, and huge production numbers.

Nicknamed the Viper by its pilots, the F-16 was designed with a reclined seating position for high G tolerance and a single-piece bubble canopy for exceptional visibility and comfort. Its lightweight and powerful F-110-GE-129 engines provide a greater than 1:1 thrust ratio. Housed in the nose of the Viper is a multifunction APG-68(V)5 radar. The aircraft can also be equipped with multiple sensors such as the LITENING targeting pod and HARM Targeting System (HTS).

The Viper is armed for air-to-air combat with Sidewinders, AMRAAMs, and an internal 20mm 6-barrel Gatling gun. It can also be loaded with a wide range of air-to-ground weapons that include general-purpose bombs, rockets, canister munition, Mavericks, laser- and GPS-guided bombs, and more. The F-16 provides endless gameplay in DCS World!