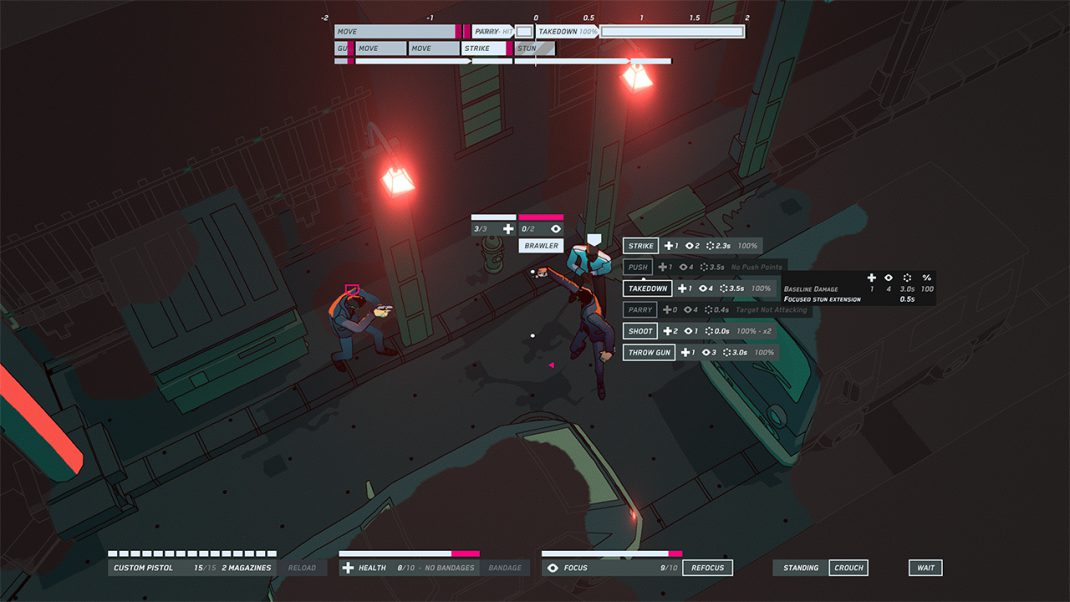 In the video, John Wick Hex game director and writer Mike Bithell gets a personal martial arts lesson from stunt coordinator Jonathan Eusebio of 87Eleven Action Design, a prominent Hollywood action design production company that has worked on major film properties like the John Wick series, Deadpool 2, Jurassic World and Atomic Blonde. Seeing firsthand how John Wick analyzes a situation and executes a full-force solution with whatever he has available was key to translating the films into a fast-paced, action-oriented strategy experience that lets players become the legendary hitman himself.

Every move in John Wick Hex feels like a scene from the movies: each action you choose has risks and consequences, and each weapon changes the tactics at hand. Ammo is finite and realistically simulated, so time your reloads and make the most of the tools you find on the job. The game hits home with an original storyline expanding the films’ universe, unique graphic noir art design, and the world-class voice talents of Ian McShane, Lance Reddick and more.

John Wick Hex is in development for consoles and will be available on Windows PC and Mac exclusively via the Epic Games store at launch.