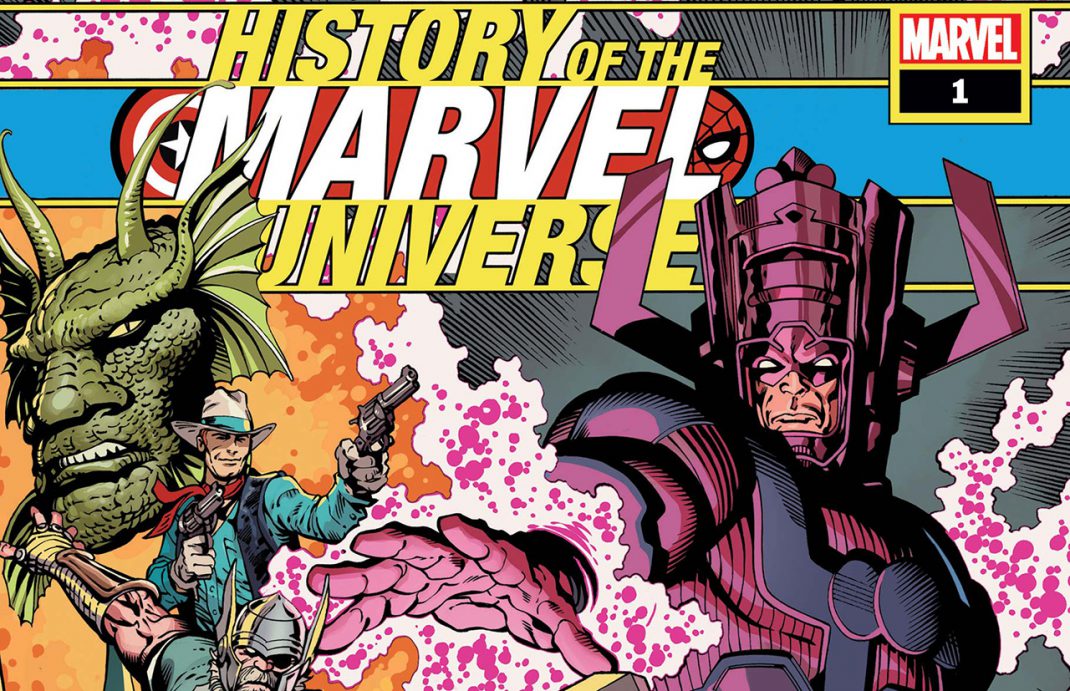 History of the Marvel Universe #1 Trailer

New York, NY— July 23, 2019 — The secrets of the Marvel Universe are revealed! The entire history of the MU from the big bang to the heat death of the universe will be chronicled in this incredible series! Learn all about this record-breaking issue in a new trailer featuring Executive Editor Tom Brevoort and writer Mark Waid!

“It’s a series made not just for hardcore Marvel fans, although they will love it. If there’s anything you loved about the Marvel Universe, it’s in this book somewhere,” explains Waid.

From the dawn of time to the end of the world, an innumerable amount of stories have been told in the Marvel Universe – and there are still countless more to tell! Gods, Eternals, cowboys, mutants, monsters, heroes, and villains – all will get their due and more in this millennia-spanning saga! Plus – the story of Galactus and Franklin Richards in the twilight of reality!

“It really is a visual cornucopia. You’ll be able to stare at these pages for hours at a time and find new things that are in them,” says Brevoort.

History of the Marvel Universe is available July 24, 2019 in comic shops, on the Marvel Comics App, and on Marvel.com! To find a comic shop near you, visit www.comicshoplocator.com or call 1-888-comicbook.