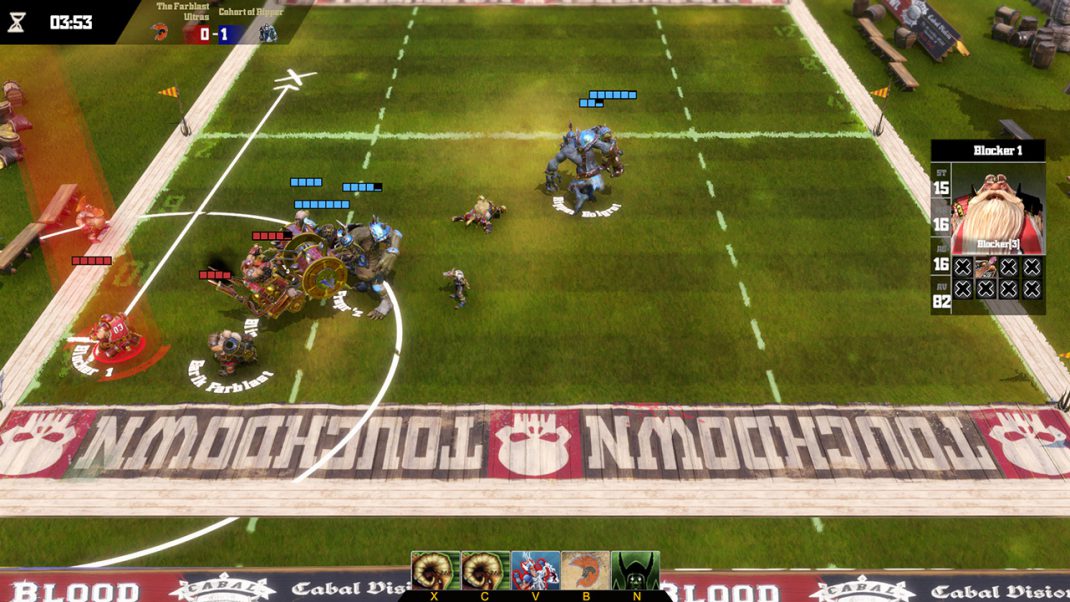 Blood Bowl: Death Zone is a fast-paced game of football and violence, based on Games Workshop’s cult board game. Two opponents each take control of a 4-player team and battle it out in real-time matches that last for five minutes.

All the Old World races are allowed to play: Orcs, Dwarfs, High Elves, Chaos, Undead, Lizardmen and even Humans. Contrary to other, mundane, sports Blood Bowl: Death Zone means more than just passing and running with the (wandering squig) ball; it also includes punching opponents in the face and blasting them with a variety of spells.

During the 11 month Early Access phase, Cyanide was able to update and improve the game thanks to feedback from the community: new teams, new skills, a single player campaign as well as many key changes to gameplay were added.

To celebrate its official release, the game is available at a 50% discount for a limited period.