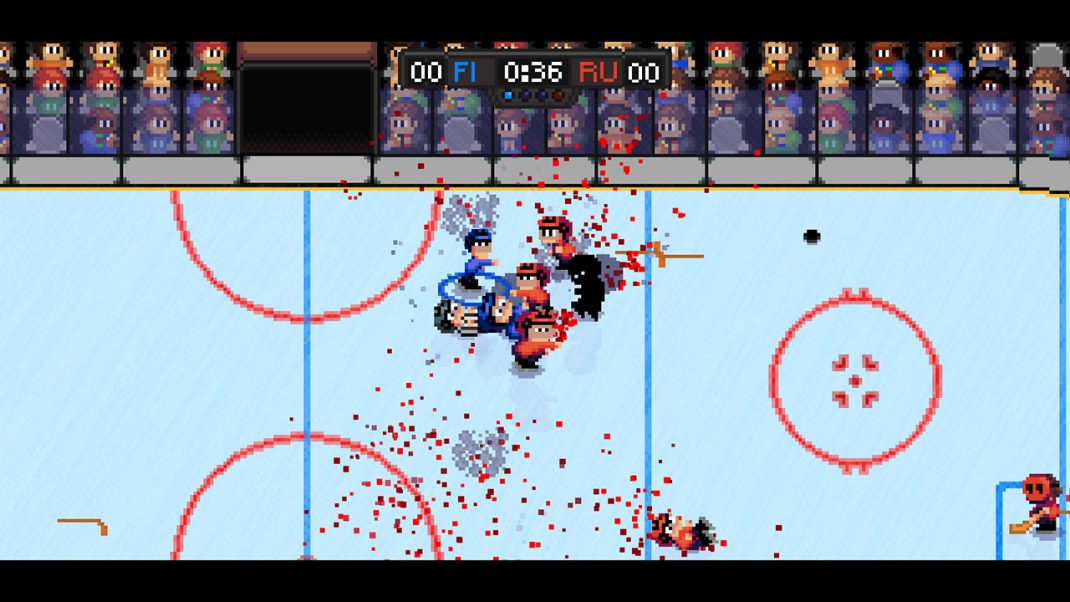 28 March, 2019 – Digerati Distribution and developer Loren Lemcke are teaming up to bring the retro charm and pixelated violence of Super Blood Hockey to consoles. The frenetic arcade sports action of Super Blood Hockey will be launching for Nintendo Switch™ on a still-to-be-confirmed date in April, while the PS4 and Xbox versions will follow sometime in Q2 2019.

Already available on Steam, where it has accrued a powerful 9/10 user rating, the console versions will include an all-new Franchise Mode that puts players in the shoes of a corrupt coach as they recruit players from prison, utilize performance-enhancing drugs, pull the plug on injured teammates, and use other underhanded tactics to succeed.

“Super Blood Hockey is a love letter to the 8-bit and 16-bit ice hockey video games of my childhood, back when high action gameplay reigned supreme,” explains the game’s creator, Loren Lemcke. “Players can expect a modern reinterpretation of the classic arcade sports experience with the blood and violence dialled up to eleven.”