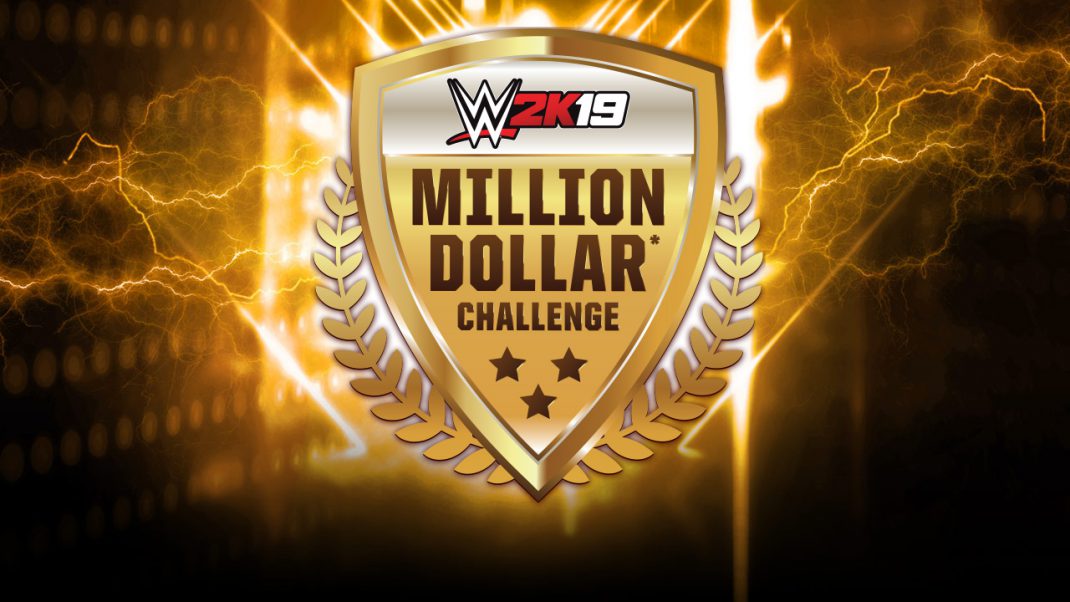 January 17, 2019 – Today, 2K issued a final call for entries in the WWE 2K19 Million Dollar Challenge, an international contest that will pit one winner against WWE 2K19 Cover Superstar AJ Styles for an opportunity to defeat him in the game and win the cash prize.

Participation in the WWE 2K19 Million Dollar Challenge, for those needing a refresher, involves four simple steps via PlayStation 4 or Xbox One:

Looking for some inspiration to get started on your quest toward one million dollars? Watch “The Phenomenal One” explain how to beat the Million Dollar Tower and complete step one of entry in this new video:

In addition, what could make for an eye-catching promo? Check out several consumers who have already thrown down the gauntlet in their promotional videos – as seen here, here and here.

Four semifinalists will travel to New York City for an unforgettable WrestleMania 35 weekend and be recognized as among the world’s best WWE 2K19 players as they face off to determine who will compete against AJ Styles.