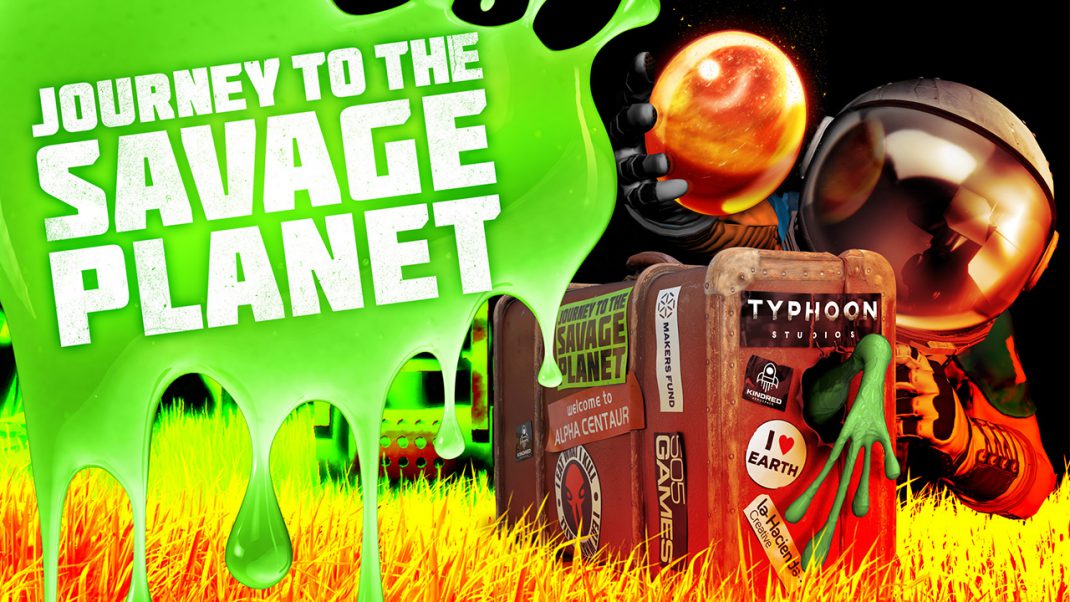 Journey to the Savage Planet Unveils with Trailer

Launching in 2019 on PC, PlayStation 4 and Xbox One, Journey to the Savage Planet is an upbeat first-person adventure game set in a bright and colorful alien world filled with weird and wonderful creatures. As an employee of Kindred Aerospace, which proudly touts its rating as the “4th Best Interstellar Exploration Company”, players will be dropped onto an uncharted planet deep in a fictitious, far-away corner of the universe. Launched with high hopes but little equipment and no real plan, players are tasked with exploring, cataloguing alien flora and fauna and determining if the planet is fit for human habitation.

“The core tenets of Typhoon are strong flavors, lots of intertwined systems, a penchant for bad jokes and a deep and abiding love of collaborative play,” said Alex Hutchinson, creative director and co-founder, Typhoon Studios. “Journey to the Savage Planet will encompass all of those things and more.”

“This is a passion project for our team, many of whom came from larger companies including Ubisoft, Eidos and WB Games to embark on this indie game adventure with us,” said Reid Schneider, executive producer and co-founder, Typhoon Studios. “It was a dream come true to reveal our project at The Game Awards,” added Yassine Riahi, technical director and co-founder, Typhoon Studios. “We were thrilled to see the positive reaction from viewers and we’re eager to get Journey to the Savage Planet in your hands next year!”

Publisher 505 Games joins partners including MAKERS Fund and Epic, creators of the Unreal Engine, to bring the first game from the offbeat Canadian studio to life.