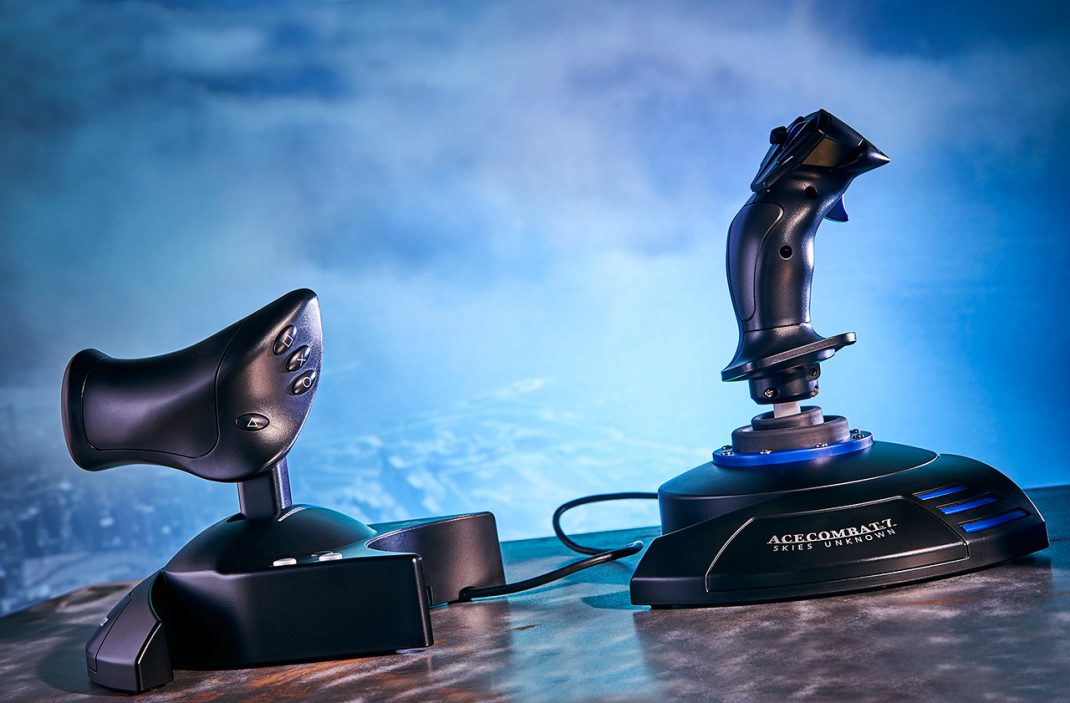 London, November 15, 2018 — Thrustmaster is at the controls with a brand-new joystick, having touched down at major gaming events around the world to showcase its latest creation. EGX, Paris Games Week, Comic-Con, Madrid Games Wee, the Thrustmaster team has been busy crisscrossing the globe in order to bring the new T.Flight Hotas 4 Ace Combat 7 Skies Unknown Edition joystick to gaming fans far and wide.

Whether using a traditional setup or in virtual reality, Thrustmaster is letting players experience the game from a fresh perspective that’s more immersive and realistic than ever before. What better way to blast the iconic Japanese arcade game into new horizons than with the smoothest, most intuitive gameplay possible.

The T.Flight Hotas Ace Combat 7 Skies Unknown Edition will be available for preorder as of Thursday, December 13, 2018. The joystick will be available on January 17, 2019: the timing has been perfectly arranged in conjunction with Bandai Namco Entertainment, allowing users to enjoy a totally unique gaming experience right from the launch of this latest and greatest installment in the legendary Ace Combat series.

The T.Flight Hotas Ace Combat 7 Skies Unknown Edition joysticks will be available at a suggested retail price of £74.99.