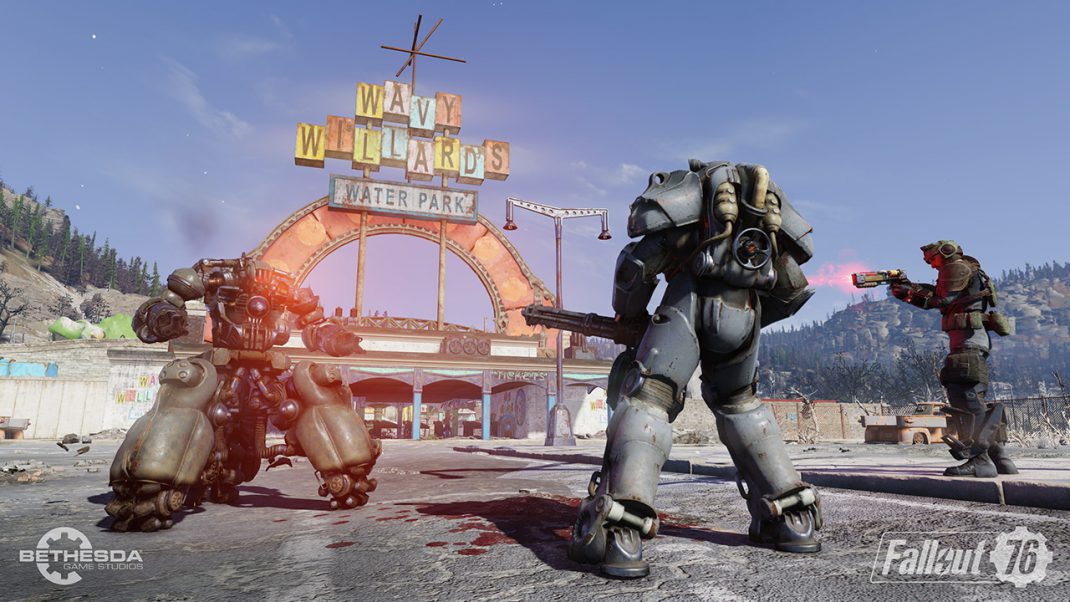 From acclaimed developer Bethesda Game Studios®, creators of The Elder Scrolls V: Skyrim® and Fallout® 4, Fallout 76 is the online prequel to the Fallout franchise where every surviving human is a real person. Discover a new and wild wasteland in the heart of West Virginia in what is the largest, my detailed open world in series history.

“Our passion has always been transporting players to new worlds and new experiences,” said Todd Howard, Executive Producer at Bethesda Game Studios. “And Fallout 76 is unlike anything else we’ve built or played. We can’t wait to experience it together with our fans.”

Explore post-nuclear Appalachia alone or with friends and embark on a quest to discover the fate of those who came before. Create, customize, and equip your character with hundreds of clothing, weapons, armor, and cosmetic items as you trek across six distinct regions with their own flora, fauna, and terrifying enemies inspired by local West Virginia legends and myths.

Along the way, build and craft anywhere in the world with the new Construction and Assembly Mobile Platform (C.A.M.P.) to provide much-needed shelter, supplies, and safety. With the power of the atom, take control of nuclear missiles to decide where and when to strike and create high-level areas. Harvest rare and valuable resources and crafting materials in the temporary blast zones formed in the wake of a nuclear fallout.

Fallout 76 is available now worldwide digitally and at retail for $59.99.

Fallout 76 is rated M for Mature by the ESRB. For more information, visit: www.fallout.com