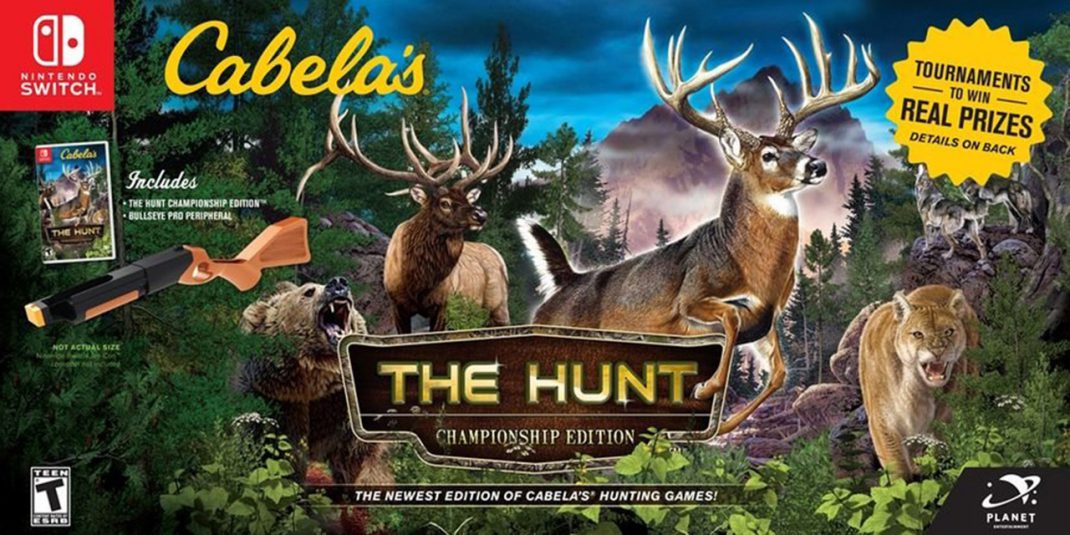 NORTH AMERICA – Nov. 6, 2018 – Planet Entertainment has released a new pair of competitive arcade-action games from two of the top names in outdoor sports and recreation. Cabela’s® The Hunt: Championship Edition and Bass Pro Shops® The Strike: Championship Edition are available today on Nintendo Switch™ at GameStop, Walmart, Target and EB Games, as well as digitally via the Nintendo eShop, for $39.99 each.

In addition, either title can be purchased as part of a bundle for $49.99 each featuring the full game plus a special peripheral controller* designed to enhance the core gameplay experience.

Cabela’s® The Hunt: Championship Edition brings the #1 hunting adventure series back with a bang, featuring 10 of North America’s most famous hunting regions. Track and take down impressive trophy prey with realistic techniques like scent, stalking, calls, decoy and GPS mapping while surviving dangerous animal encounters and scoring big across a variety of arcade-style mini-games.

Made for fishing pros and newcomers alike, Bass Pro Shops® The Strike: Championship Edition takes you to 10 unique lakes to compete in special bass boat challenges, casting contests and an assortment of fun mini-games. Use over 100 authentic Bass Pro Shops lures to land 11 different species of fish, including legendary fish in each area, and make your mark as an angling master.

Both games will feature special tournaments where players can compete for real prizes beginning in January 2019.