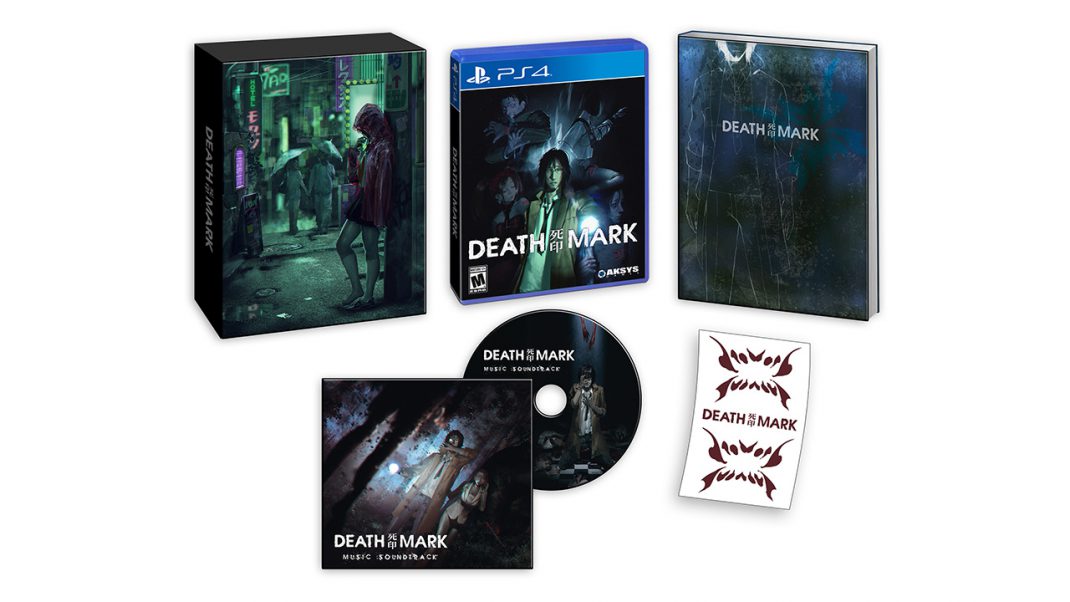 Torrance, Calif. – October 31, 2018 – With an evil leer, Aksys Games announced the launch of Death Mark for the PlayStation®4 system, the PlayStation®Vita system and Nintendo Switch™. The highly anticipated survival horror adventure game is also available in a Limited Edition that features an exclusive 96-page full-color hardcover artbook, a spine-chilling soundtrack CD, a temporary tattoo of the fatal Mark, and a dramatic printed slipcase to entomb everything.

In Death Mark, a strange rumor is spreading in Tokyo’s H City: those who bear the cursed Mark will die. Unexpectedly appearing on the body as a scar taking on the appearance of a dog bite, the Mark is said to bring about your inexplicable death. Now, having lost your memory, you stand before a mysterious house said to protect those who possess the Mark. As the doors swing open, the countdown to death has already begun.