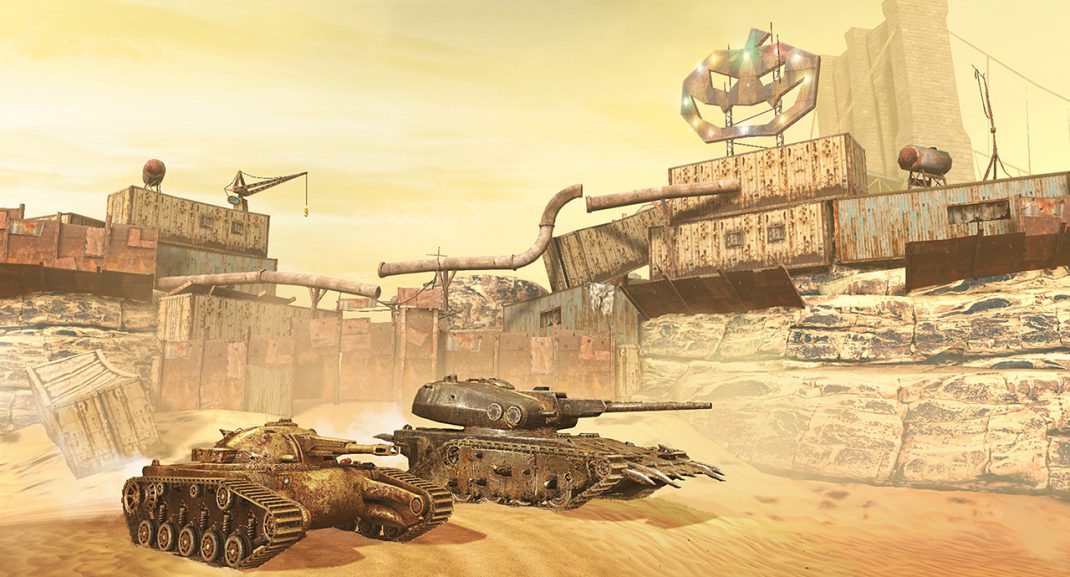 Mad Max Artist Teams Up with World of Tanks Blitz

October 15, 2018 – With the haunting season in full swing, mobile sensation World of Tanks Blitz is pulling out all the stops with seasonal treats – and a few tricks as well. World of Tanks Blitz is happy to present Mad Games, a limited-time Halloween event, created in collaboration with Mad Max: Fury Road’s Principle Vehicle Designer and Concept Artist Peter Pound.

Pound has created two new tanks which will only be unlockable for the duration of the event – the Tier V Scavenger and the Tier VII Gravedigger. In order to obtain the Scavenger tank, players need to earn 50 victories in battle, while the Gravedigger will require them to complete a set of battle missions. These two tanks are part of the Artists’ Signature Series that began with legendary Gundam designer Kunio Okawara’s tank, the O-47.

“Working together with the World of Tanks Blitz team, I was able to create some unique designs and given creative freedom,” said Pound. “With Mad Max: Fury Road, I was focused on car designs but the challenge here was taking tanks and making them even more heavy metal! I enjoy a challenge and it was a cool experience. Now I hope everyone enjoys the hard work put into these steel beasts.”

Alongside these two unlockable powerhouses, Mad Games will feature an exclusive game mode in a brand new post-apocalyptic map. This mode will bring sandstorms to World of Tanks Blitz for the very first time alongside other powerful abilities like invisibility, shields and armor restoring – adding some ghoulish new abilities in honor of Halloween.

To set the mood for this year’s festivities, World of Tanks Blitz created a post-apocalyptic garage, added holiday flair to maps and even added some unique tank customization options that are sure to spook even the most battle-hardened veterans. Famous tanks from past Halloween events, including 2015’s Tankenstein and 2016’s Dracula and Helsing, will also be available during Mad Games.

Players can take part in Mad Games exclusively from October 17 – November 12. They won’t want to miss it!

World of Tanks Blitz is a free-to-play mobile MMO action game built specifically for tablets and smartphones. Inspired by the PC version of World of Tanks, World of Tanks: Blitz delivers all of the action, teamwork and strategic gameplay the series is known for, all in a portable and instantly accessible experience. Download World of Tanks Blitz for free by visiting https://madgames.wotblitz.com/?na.