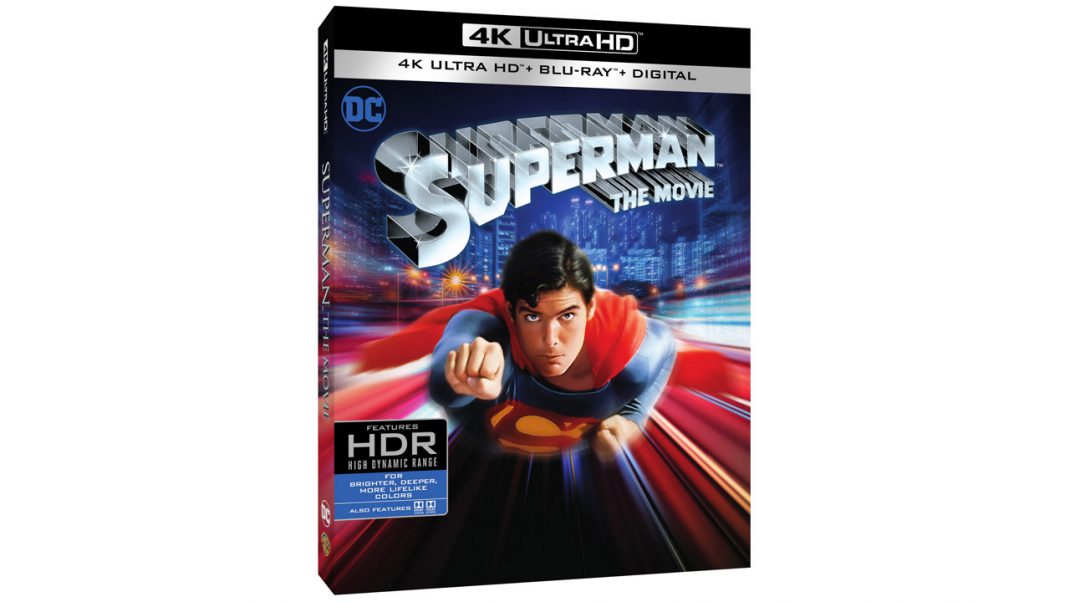 Based on the DC character created by Jerry Siegel and Joe Shuster, Superman was produced by Pierre Spengler from a story by Mario Puzo and a screenplay by Puzo, David Newman, Leslie Newman, and Robert Benton.  Ilya Salkind served as executive producer.  The film also features Ned Beatty as Otis, Jackie Cooper as Perry White, Glen Ford as Jonathan Kent, Valerie Perrine as Eva Teschmacher, and Terrance Stamp as General Zod.

Superman was nominated for three Academy Awards, including Best Film Editing, Best Music (Original Score) and Best Sound.  The film also received a Special Achievement Academy Award for Visual Effects.  In 2017, Superman was inducted in to the Library of Congress National Film Registry.