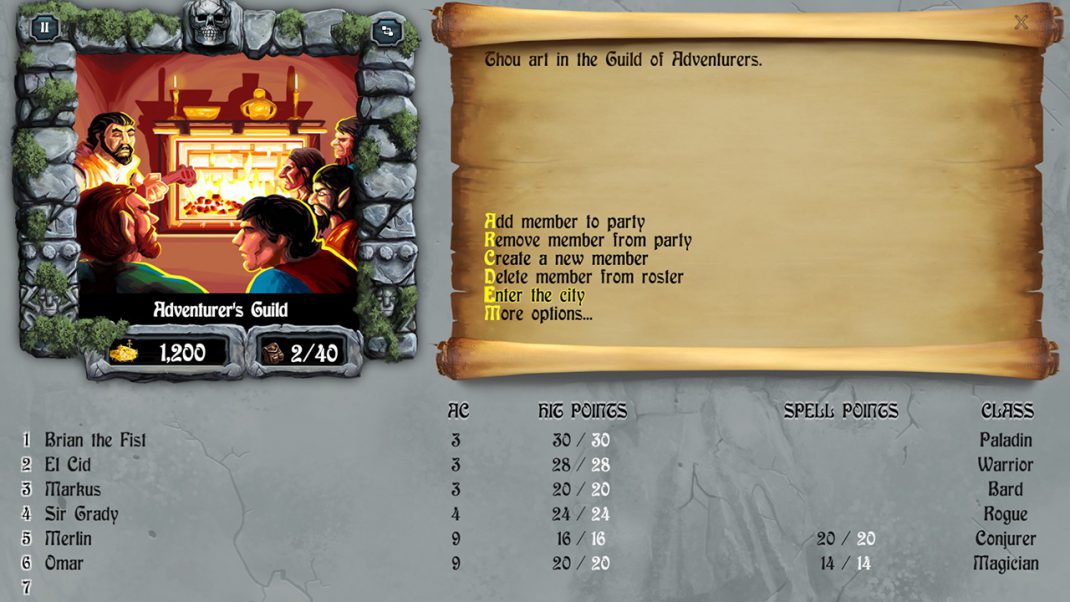 NEWPORT BEACH, Calif. – Aug. 6, 2018 – inXile Entertainment, the studio led by Interplay founder and industry icon Brian Fargo, is proud to announce The Bard’s Tale Trilogy, a complete remaster of the legendary series that helped define the RPG genre. Featuring updated graphics and optional quality-of-life gameplay features, The Bard’s Tale Trilogy is the ideal way to experience the dungeon crawling challenge that made the original games beloved classics. The title will release on Aug. 14, 2018, for PC on both Steam and GOG.com with a retail price of $14.99.

Features of The Bard’s Tale Trilogy include:

Partnering with Australia-based Krome Studios, The Bard’s Tale Trilogy is an ambitious undertaking for inXile, especially as no complete source code for the original games could be found. Not only that, each game worked and looked differently depending on its platform, and each title was different in many ways from the others. Often times, it was discovered that features in some versions of the games were present but had no actual functionality.

“If archaeology and game development had a baby, it would be this project,” said Lindsay Parmenter, Head of Development at Krome. “By studying the code across different versions of the game, we were able to piece together developer intent and recreate it. Of course, having access to some of the original team members helped, too!”

inXile CEO Brian Fargo added, “We were extremely limited in what we could do in the 1980s. This is an opportunity to truly realize the vision that the original dev teams had, and in some cases fix a few bugs that are over thirty years old. Even with all the challenges this project presented, we’re thrilled with how this has turned out, and we can’t wait for our fans to start playing this.”

The Bard’s Tale Trilogy can be found here:
https://store.steampowered.com/app/843260/The_Bards_Tale_Trilogy/
https://www.gog.com/game/the_bards_tale_trilogy

The Bard’s Tale Trilogy launch trailer can be viewed here:

In 2015, a successful Kickstarter campaign for The Bard’s Tale IV brought the series back after nearly thirty years. As part of their commitment to backers and fans of the franchise, inXile embarked on this remaster project, as well. Now in 2018, the wait is over. The Bard’s Tale Trilogy is a chance for old fans to be young once again and for a new generation of roleplaying and dungeon crawler fans to discover why these games matter so much all these years later.