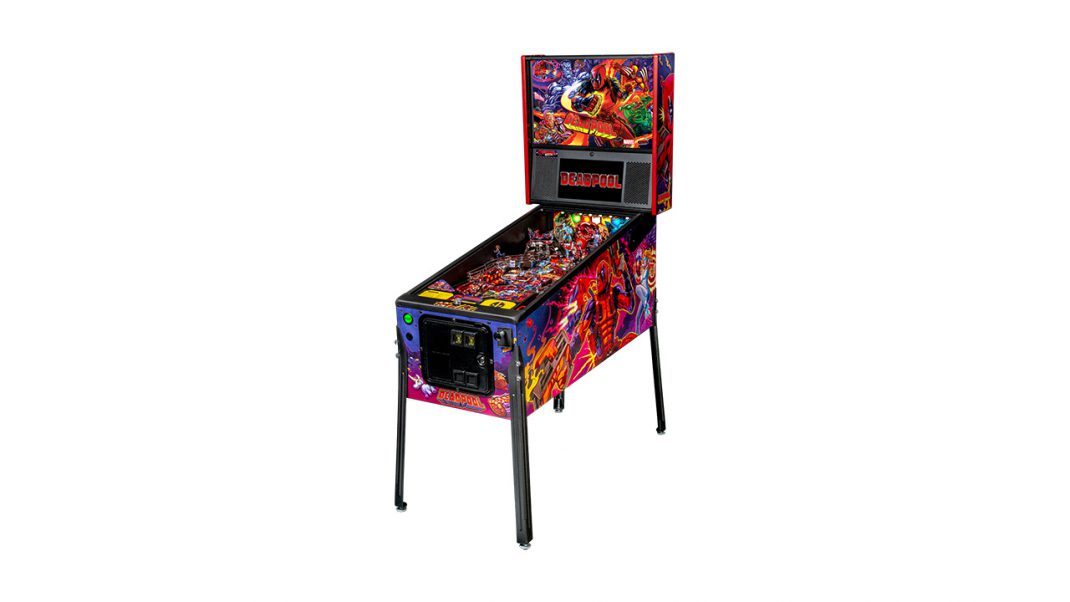 ELK GROVE VILLAGE, IL – August 7, 2018 – Stern Pinball, Inc., a global lifestyle brand based on the iconic and outrageously fun modern American game of pinball, proudly announced today the availability of a new line of pinball machines celebrating Deadpool the popular American comic book series published by Marvel Comics. Deadpool pinball machines will be available in Pro, Premium, and Limited Edition models. “Deadpool” is known as the “Merc with a Mouth” because of his talkative nature & is notorious for his outrageously funny offbeat humor which is featured throughout the game.

Players will be immersed in the Deadpool universe, teaming up with iconic X-Men characters Wolverine, Dazzler, Domino, and Colossus as they battle against infamous villains Juggernaut, Sabretooth, Mystique, Sauron, and Mr. Sinister. Players will also tag along with Deadpool on his time machine quests as he battles against the T-Rex and the Megalodon.

“Deadpool is one of Marvel’s most entertaining and unique characters ever created. We feel his humor fits perfectly with pinball and creates a high energy and fun pinball experience,” said Gary Stern, Chairman and CEO of Stern Pinball, Inc. “Stern Pinball and Marvel share a love for these iconic characters and have a long, successful history of partnership and collaboration.”

The Premium and Limited Edition models feature an additional 8 drop targets, motorized disco ball with disco illumination effects, custom molded Wolverine and Dazzler action figures, and with a custom molded chimichanga truck time machine. In addition, these models include an actuated up/down ramp that feeds the right flipper from the left orbit, keeping the action continuous and fast. All Premium models will include a custom “Deadpool’s Mix Tape” cassette featuring 11 original music tracks with sleeve art by Zombie Yeti.

MSRP for sales to USA end-users, before any VAT, GST, Sales Tax, Duties, or other taxes.

Deadpool pinball is available through authorized Stern Pinball distributors and dealers around the world.