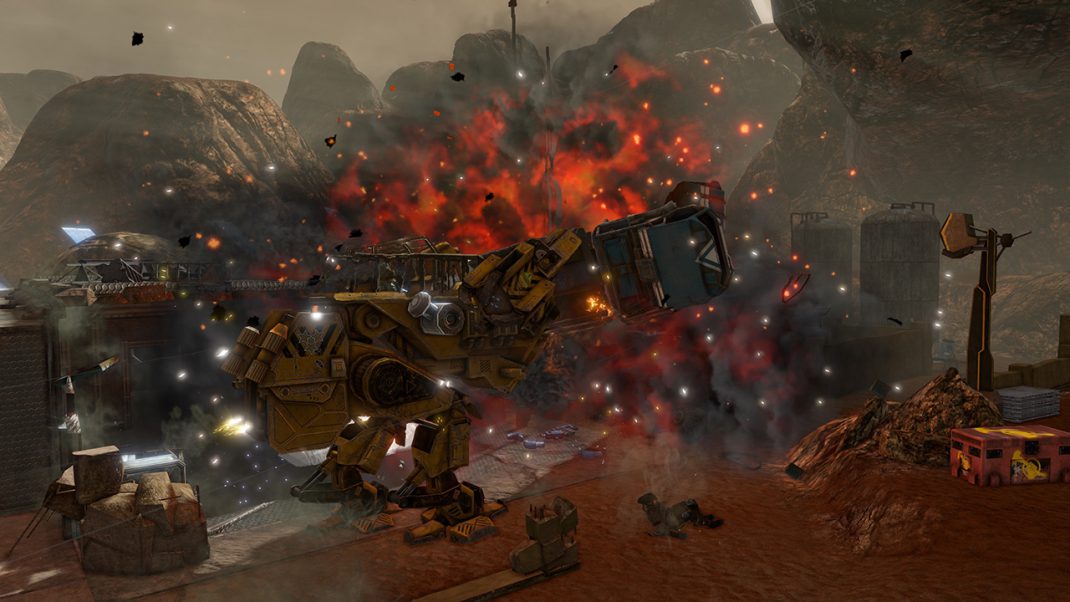 Vienna/Austria, July 3rd, 2018: In 2125 there is no mining your own business on Mars: The Earth Defense Force (EDF) is strong-arming everyone into work and sending the resulting hard-earned resources back to Earth. Suppression, executions, violence everywhere… it’s no wonder a famous resistance group rises once more. And you? You will be their best guerrilla fighter. Welcome to the Red Faction.

Players who already own the 2009 version of Red Faction: Guerrilla on Steam will automatically receive the Re-Mars-tered edition for free in their accounts. From now on, these players can simply download Red Faction Guerrilla Re-Mars-tered from their Steam library and start swinging their sledgehammers.

One more random fun fact about Mars (in real-life): If you weighed 200 lbs on Earth, your Mars-weight would only be 76 lbs. But don’t try the “Mars-Diet” at home – we recommend neither eating only Mars bars, nor trying to lower the gravity in your neighbourhood.