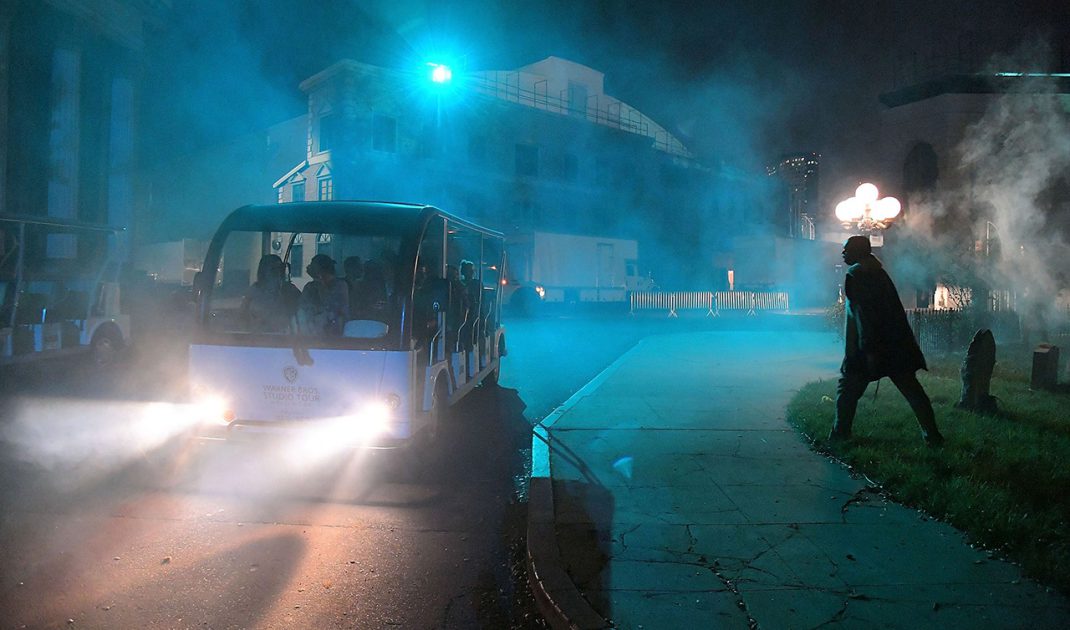 Midsummer Scream attendees will be the first to hear new details regarding this year’s plans for Horror Made Here: A Festival of Frights in a presentation that the studio promises will be thrilling for fans, as they outline exclusive details for their biggest Halloween event yet.

Current plans for Horror Made Here: A Festival of Frights include a reimagined maze based on The Neibolt House from New Line Cinema’s record-breaking 2017 film IT, and from DC comes a brand-new Batman: Arkham Asylum maze, as the infamous Gotham City institution for the criminally insane is constructed for the first time ever on the Warner Bros. lot. Fans attending Horror Made Here will enjoy a nighttime tour of the Warner Bros. famous backlot, featuring sets and locations from some of the most iconic horror films of all time.

In addition to revealing additional exciting new details about Horror Made Here: A Festival of Frights, Warner Bros. Studio Tour Hollywood will showcase several props and set pieces from horror films in their collection at Midsummer Scream in the Hall of Shadows, including elements from The Conjuring universe and IT.

Horror Made Here has been extended from six to 13 nights starting October 5, 2018, with more mazes and details to be announced on Sunday, July 29 at Midsummer Scream.

Midsummer Scream is expected to draw upward of 25,000 fans to Southern California during its July 28 – 29 run at the Long Beach Convention Center. The show will feature more than 250 artisan vendors on a massive show floor, the beloved Black Cat Lounge adoption and cuddle area, live entertainment throughout the venue, world-class panels and presentations, educational seminars and classes, a large-scale Saturday night costume party, a bigger-than-ever Hall of Shadows haunted attractions experience zone, and thousands of spooky cosplayers in elaborate costumes!

Tickets are available now for Midsummer Scream at MidsummerScream.org.