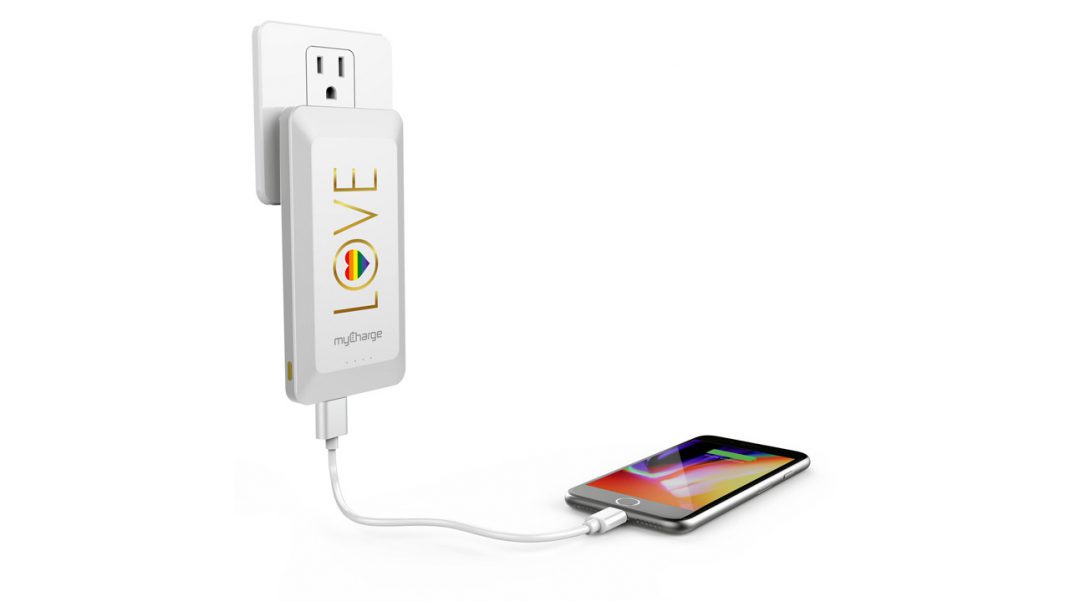 MyCharge products are everywhere these days – you probably pass people carrying them and haven’t even noticed.  They are in airports and technology vending machines, they are in all kinds of stores. Pretty much anywhere you might think to stop to buy a phone charger they are there, dominating pretty much all other name brands in the market these days.  They already make great products, but their latest limited edition takes it one step further by not just taking care of your cell phone but possibly a teenager/young adult in crisis.

The MyCharge Home and Go has two built-in wall outlet prongs which allow it to charge without a cable or wall adapter but will also charge any device through it by using their SmartSense Technology which is able to identify the device and charge through it, a USB plug cable is required to do this part.  This is incredibly handy during travel since you don’t have to bring one of those clunky wall USB adapters and you just need one cable for the whole weekend. 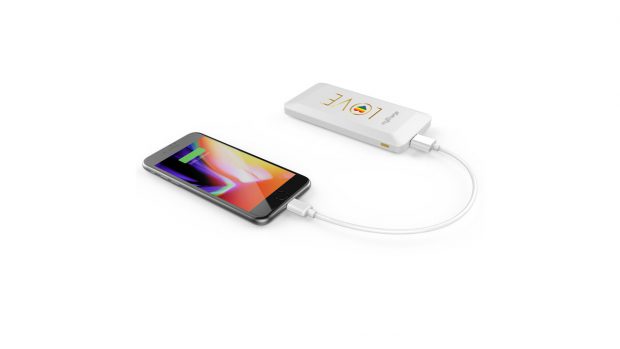 It then charges up to 25 times faster than the average battery charger getting you back on your device about as fast as you can.  I have walked around conventions before with a MyCharge battery in my bag running out to my iPhone 6+ and while taking pictures and video the phone still charged up faster than I was using it making it so that at the end of the day I still have a full charge.  The Pride Limited Edition is a 4000 amp battery which means you will have a nice charge from it that could charge a dead phone up to 2 times.  Also, the entire MyCharge family of chargers all have great shelf lives so you can have it sit for months then just pick it up and go without worrying about whether or not it is dead.  This is so true that the other day I came across some MyCharge batteries that had been left in one of my wife’s travel purses since last October and one still held a full charge, the other a half charge which might have been from use.  Its slim form also makes it easy to slip into a pocket, backpack or small purse.  The pocket might need to be a little deep for it to stay in safe but it is definitely slim enough for skinny jeans or jean shorts.

My only wish would be for it to have two short charging cables built into it too like some of the MyCharge models.  You can charge a greater variety of devices this way which is a definite plus but when at conventions the less the number of cables you have to corral the better. 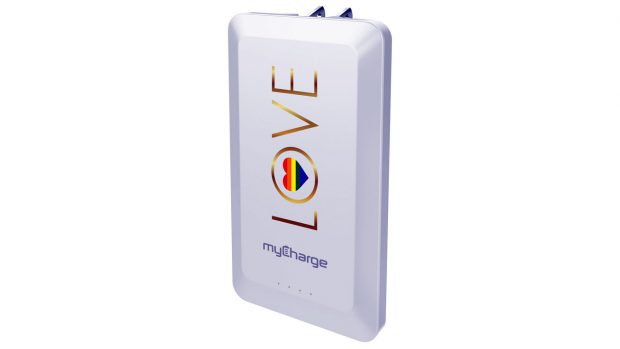 The Pride Limited Edition involves a bit extra and it isn’t just the art.  The art is special, with the word LOVE in gold letters and in the middle of the O is a rainbow heart in honor of the LGBTQ community.  This isn’t where it stops though, just the beginning since 5% of all sales from the limited edition charger goes to the Trevor’s Project.

Trevor’s Project is one of the leading national organizations providing crisis intervention and suicide prevention for lesbian, gay, bisexual, transgender and questioning young people between ages 13-24.

Named after an Academy Award  winning short film Trevor’s Project where a young man is questioning who he is while faking suicides in front of his parents in an attempt to get their attention.  The night it aired on HBO The Trevor Lifeline, 24 hour crisis help was launched and over the years came to include twitter, website and workshops as well.  There have been hundreds of thousands who have called upon Trevor’s Project for help.

Even if you don’t have the time to volunteer for this organization you can help them and help yourself by purchasing the MyCharge Home And Go Pride Limited Edition so you can help yourself stay charged, show your support for the LGBTQ community and help make a 5% donation to Trevor’s Project, money will literally be going to help save lives. 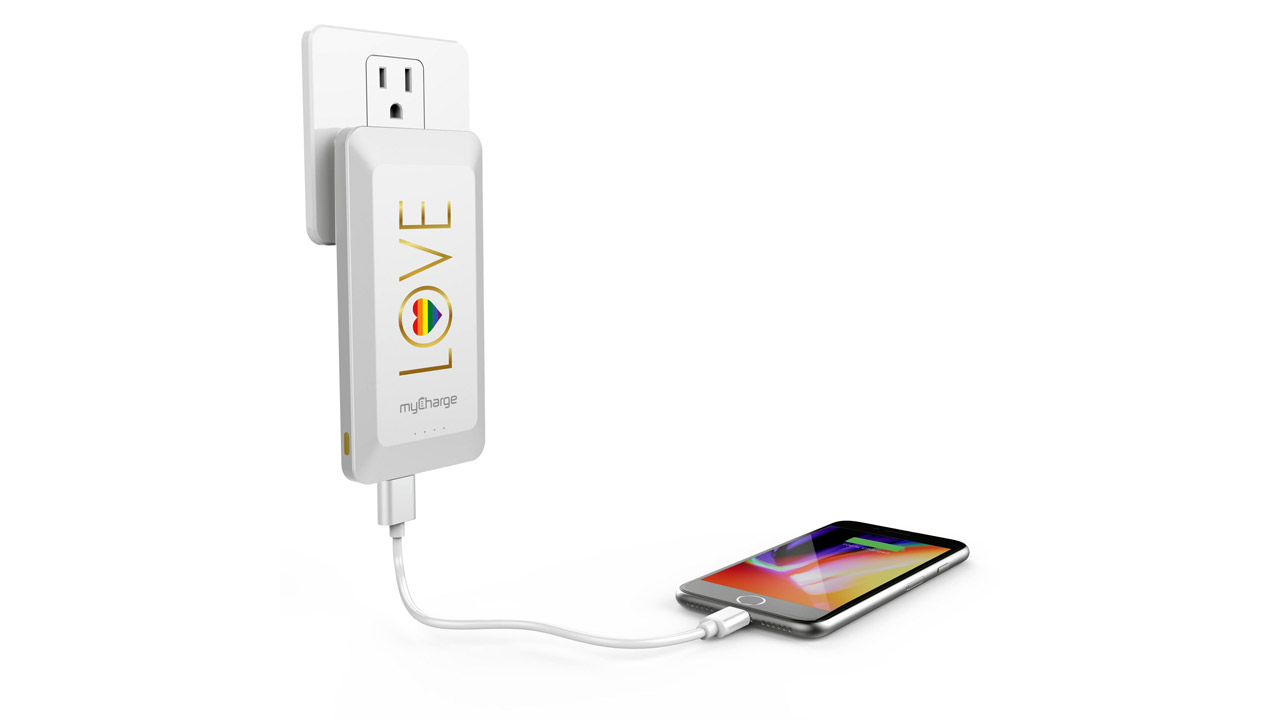