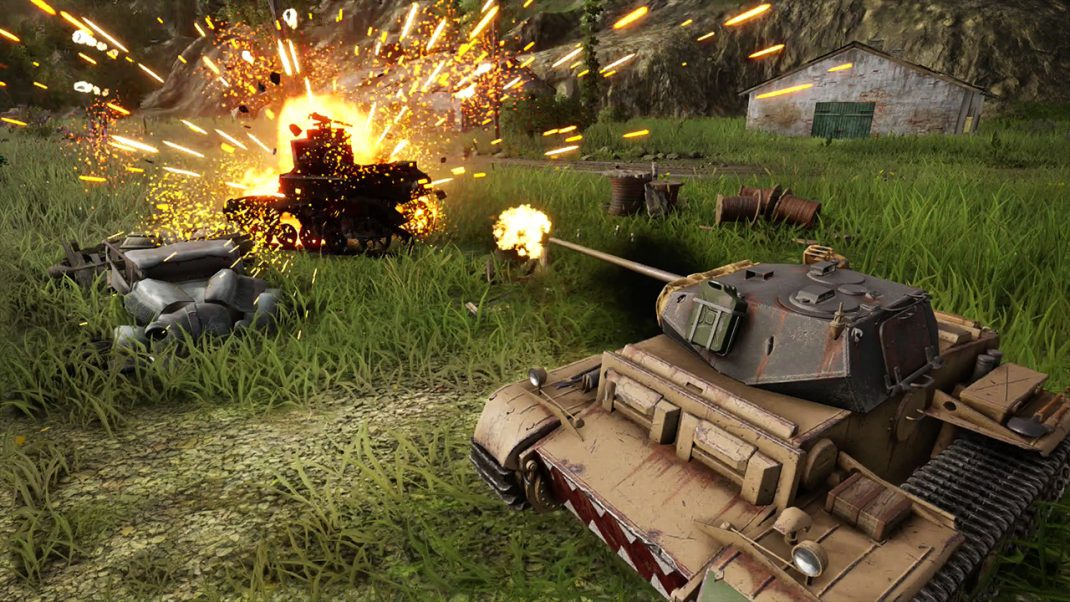 CHICAGO, ILLINOIS (JUNE 6, 2018) — Award-winning online game developer and publisher Wargaming is thrilled to announce today that World of Tanks on consoles — the global phenomenon that has attracted over 15 million players — will experience a radical evolution, exclusively on PlayStation®4, Xbox 360 and Xbox One. On June 26, 2018, Wargaming will globally launch World of Tanks: Mercenaries, World of Tanks’ largest and most encompassing expansion of single- and multiplayer content for the beloved armor-themed World War II massively multiplayer online game.

The premier trailer for World of Tanks: Mercenaries is available here:

World of Tanks: Mercenaries introduces a brand new Mercenaries “nation” and a full tech tree of never-before-seen combat vehicles, giving players access to a fascinating armada of powerful tanks, helmed by unique Mercenary crews. The new suite of tanks in World of Tanks: Mercenaries are comprised of parts scavenged from vehicles from different nations, becoming original war machines tailored to the traits and needs of the new Mercenary characters. Five vehicles will be available at launch, and as their notoriety across the world’s changed landscape grows, so too will the Mercenary nation over the coming months.

Players can immerse themselves in the alternative history setting of World of Tanks: Mercenaries by taking on the riveting new PvE story campaign, The Heist. This action-packed tale of espionage follows a motley crew of Mercenaries contracted to set up, execute and escape from a raid on a secret war facility. Their mission is to steal nuclear material for a client who harbors his own atomic ambitions, but the crew soon finds itself at the mercy of the combined powers of the United States and the Soviet Union. Players can expect adrenaline-fueled tank battles as they tackle this story alone – like a true Mercenary – or band together with friends for co-operative online multiplayer action!

In addition to the new story campaign, the Mercenaries will have a far-reaching impact across the entire game, with the addition of new maps to Multiplayer battles. Players can expect to explore and fight through an array of fan-favorite maps ravaged by war and time, with original Mercenary vehicles available to battle with or against the game’s existing roster of over 680 vehicles.

For more details on World of Tanks: Mercenaries, visit: https://console.worldoftanks.com/news/announcements/mercenaries.